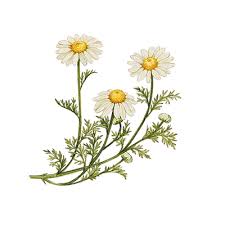 While traditional healers have long recommended chamomile for anxiety, researchers at the University of Pennsylvania were some of the first to examine this relationship scientifically. In a 2009 study, the authors compared scores from standardized tests designed to measure generalized anxiety disorder or GAD. Over a period of eight weeks, one group received a placebo while the other took pharmaceutical grade chamomile capsules. Subjects were then tested to measure changes in symptoms of anxiety during this time. Those who took chamomile enjoyed a reduction in anxiety symptoms and the changes were termed “clinically meaningful and statistically significant.”

Chamomile is a Great Sleep Remedy

Most of us are familiar with chamomile as a soothing tea that promotes relaxation and feelings of drowsiness at bedtime; its effectiveness is possibly due to its mild sedative action. While researchers have not confirmed a link between chamomile and sleep in humans, there are animal studies which do support a relationship. For example, a Japanese study using sleep-disturbed rats found chamomile worked as well as a tranquilizer in helping them fall asleep. Chamomile also has anti-inflammatory properties and may promote sleep by helping to reduce swelling caused by inflammation associated with allergies.

In an article about depression and insomnia which appeared in the Journal of Affective Disorders, the authors concluded that if you are diagnosed with insomnia your risk of also being diagnosed with depression in the next one to three years is very high. Of course anxiety is also strongly associated with depression. As many as 85% of depressed individuals were found to be anxious according to a study reported at the consumer mental health site, Healthyplace.com. The frequency of anxiety and insomnia during depression suggests that chamomile may be helpful for alleviating some of its symptoms as well.

Unlike some supplements which are only effective for a few hours, chamomile seems to stay in your system for a relatively long time. A 2005 study reported in the Journal of Agricultural and Food Chemistry evaluated the urine of volunteers who drank chamomile tea daily for two weeks. They found elevated levels of hippurate, an anti-inflammatory, and glycine, which helps soothe muscle spasms. Two weeks after the volunteers stopped drinking chamomile, levels of these elements were still measurable.

Chamomile is readily available in capsule form and as a tea in most grocery and health food stores. However, proceed with caution if ragweed causes you to sniffle and sneeze. Chamomile is in the same family and could cause a similar allergic reaction.