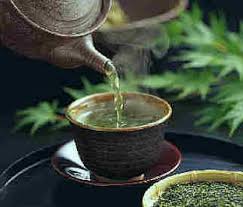 (NaturalNews) The benefits of drinking green tea are numerous, as various studies have shown that compounds in green tea help to mitigate conditions like obesity, diabetes, autoimmune disorders, and cancer (http://www.naturalnews.com/green_te…). And a recent study published in the Journal of the American Dietetic Association adds to this body of evidence, as it reveals that consuming green tea or green tea supplements regularly can help naturally lower LDL, or “bad,” cholesterol levels.

For their study, Olivia Phung, an assistant professor of pharmacy at Western University of Health Sciences in Pomona, Cal., and her colleagues analyzed data from 20 clinical trials on green tea that included more than 1,400 adults. They found that participants who consumed green tea or green tea supplements every day experienced a five-to-six point average drop in LDL cholesterol compared to those taking a placebo.

The various trials included in the evaluation lasted anywhere from three weeks to six months, and the benefits of green tea were most apparent in participants that already had high cholesterol prior to joining the studies. Green tea in beverage form was reportedly more effective than green tea in capsule or supplement form at lowering cholesterol levels.

Green tea contains polyphenolic compounds known as catechins, which in previous studies, has been shown to promote weight loss (http://www.naturalnews.com/News_000…). These same antioxidant compounds are believed to be what is responsible for green tea’s cholesterol-lowering effects.

“Green tea catechins have been studied fairly extensively as preventive agents for cardiovascular disease,” writes Tori Hudson, ND, in her book Women’s Encyclopedia of Natural Medicine: Alternative Therapies and Integrative Medicine for Total Health and Wellness. In one cited study, “flavanoid-rich green tea extract (375mg) for three months along with a low-fat diet decreased total cholesterol by 11.3 percent and LDL by 16.4 percent in men and women with mild to moderate hypercholesterolemia.”

Not all cholesterol is bad,  however, and the jury is still out as to whether or not having “low cholesterol” is a good thing. It appears as though cholesterol itself is not the culprit in heart disease and artery hardening, but rather the accumulation of oxidized cholesterol, which is a result of other dietary factors.