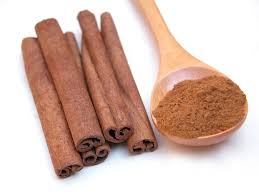 (NaturalNews) Researchers from Tel Aviv University report in thePLoS ONEjournal that the common spice cinnamon found in many kitchen pantries around the world may hold a crucial key to preventing Alzheimer`s disease. Alzheimer`s disease cases are growing at an exponential pace, currently affecting one in eight people over the age of 65. Cutting edge research posits that the devastating illness is in part the result of metabolic disruption in the brain and has been coined `Type III diabetes` as it disrupts insulin levels in brain tissue. An extract found in cinnamonb ark, called CEppt, has been shown to inhibit the development and progression of the disease in this latest study.

Researchers from the Department of Zoology at Tel Aviv University found that potent extracts from cinnamon bark inhibit the toxic amyloid polypeptide oligomers and fibrils that have been found in Alzheimer`s brain plaque formations. The healing power of cinnamon has been known since biblical times as high priests used the spice to protect against infectious disease. Antiviral properties have been confirmed by modern research and have prompted studies to further examine extracts from the spice that may stop the development of Alzheimer`s disease.

Scientists have isolated the CEppt active compound found in cinnamon bark and created an aqueous solution for use in research experiments.  The solution was fed to mice genetically altered to develop an aggressive form of Alzheimer`s disease. After a period of four months, researchers found that development of the disease had been slowed dramatically and activity levels and longevity were comparable to a control group of healthy mice.

In addition to the disease regression findings, researchers determined that the cinnamon extract was found to break up the classic amyloid protein clusters in test tube experiments. Lead researcher Professor Michael Ovadia believes this indicates that CEppt is not only important to inhibit the development and progression of Alzheimer`s disease, but this may also help to break up existing tangles once they have formed.

Many natural substances including resveratrol, curcumin and blueberries have shown promise in preventing this devastating form of dementia, but this therapy may reverse the disease once a diagnosis has been presented. Professor Ovadia commented on the results of this research“The discovery is extremely exciting. While there are companies developing synthetic AD inhibiting substances, our extract would not be a drug with side effects, but a safe, natural substance that human beings have been consuming for millennia.”

Scientists conducting this study did not publish the amount of cinnamon used to produce their results. Nutrition experts recommend using cinnamon liberally sprinkled on food daily or supplementing with 500 mg of cinnamon bark extract taken daily with meals. Cinnamon is rapidly becoming a natural compound that may hold the key to prevent and treat Alzheimer`s disease.

John Phillip is a Health Researcher and Author who writes regularly on the cutting edge use of diet, lifestyle modifications and targeted supplementation to enhance and improve the quality and length of life.  John is the author of ‘Your Healthy Weight Loss Plan’, a comprehensive EBook explaining how to use Diet, Exercise, Mind and Targeted Supplementation to achieve your weight loss goal. Visit My Optimal Health Resource to continue reading the latest health news updates, and to download your Free 48 page copy of ‘Your Healthy Weight Loss Plan’.