Key to a very bright future

Please read this and take a little time to watch the groundbreaking mini documentary video: 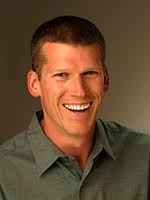 I have a timely and important message to share with you today.

As explained in this important mini-documentary we’ve decided to release at this moment (link below), it is time that we tore away the false facade of “modern science” and exposed the core philosophical underpinnings that have enabled so much pain, suffering and destruction to be carried out in the name of “science.”

The world of “science” has given us atomic weapons, GMOs (genetically modified organisms), vaccines, toxic synthetic chemicals, pesticides and psychiatric drugs. It has used innocent people in deadly medical experiments

But the scientists insisted they were creating a better world. “Better living through chemistry,” they said two decades ago. And now, a generation later, we are dealing with a collapse of life on our planet so large and so disastrous that it is being called the sixth great extinction of life on our planet

How could science have paved the way for such destruction on the planet?

* Watch The God Within mini-documentary to find out. It’s available for viewing right now on

We denounce the core philosophical delusions of science

This new documentary, The God Within, seeks to answer the question of why science is so destructive and dangerous. It begins by denouncing the false philosophy fronted by famed physicist Stephen Hawking, who insists that human beings are biological robots with no consciousness, no free will, no minds and no spirit.

In his own words, from his book: The Grand Design:

“It is hard to imagine how free will can operate if our behavior is determined by physical law, so it seems that we are no more than biological machines and that free will is just an illusion.”

Like most conventional scientists, Hawking believes that human beings are not conscious beings. Thus, we are incapable of empathy; incapable of love, pain, suffering or making our own decisions based on free will.

This utter lack of recognition of the value of consciousness in living beings is the core principle of evil upon which most of modern science is built. It is the lack of empathy itself that gives rise to great evil.

Interestingly, this is precisely the conclusion of a member of the scientific community– Cambridge University psychology professor Simon Baron-Cohen, who has written a new book in which he concludes that evil originates with a failure of empathy

He explains that psychopaths have “zero degrees of empathy,” meaning they do not recognize nor value the thoughts and feelings of others.

This is why so many offshoots of so-called “scientific” thinking — the pursuit of  GMOS, the mass-vaccination harming of innocent children, the widespread chemical poisoning of the natural world — are so blatantly psychopathic in nature.  To unleash genetic contamination upon the world through the use of seeds containing “terminator” technology is a dangerous act from a psychopathic industry operating without any empathy toward living creatures.

Modern science is psychopathic in its applications

A psychopath is defined as“A person with an antisocial personality disorder, manifested in aggressive, perverted, criminal, or amoral behavior without empathy or remorse.”

Yet this perfectly describes the behavior of many corporations operating under the label of “science.” The GMO seed companies, pesticide companies, fluoride chemical companies, psychiatric drug manufacturers, chemotherapy makers and  vaccine manufacturers are, in effect, “psychopathic” in their behavior. They all claim to be operating as “scientific” entities, however, and they aggressively attack those who disagree with them as being “unscientific.” It is this perverted, criminal and amoral behavior — and a total lack of empathy for living beings — that qualifies much of today’s “scientific” corporate behavior as inescapably psychopathic.

Drug companies are engaged in ongoing medical experiments  involving the widespread suffering of animals.  Vaccines are manufactured by harvesting the organs of diseased lab monkeys who are imprisoned in utterly inhumane living conditions. Vaccine manufacturers conduct medical experiments on children in developing nations. GMO companies run genetic crop experiments that harm the chain of life in our natural world. All of this is conducted under the umbrella of “science,” and yet all of it is psychopathic in nature and utterly lacking the core philosophy of recognizing consciousness or a soul.

They teach disease  and drugs in medical school, in other words, but they don’t teach doctors  to value the life experience and consciousness of their patients. The idea that the patient even has a “spirit” or a “mind” is so alien to modern medicine that the entire conventional medical system utterly denies the existence of mind-body medicine … as if somehow the mind did not even exist.

This denial of the existence of the mind (and its interaction with the body) is a kind of scientific insanity that has infected the minds of modern doctors and medical researchers. But it doesn’t stop at medicine, of course: This delusion also runs rampant through the physics community.

WatchThe God Within to learn more on these topics:
http://naturalnews.tv/v.asp?v=E3B38…

We must not blindly follow science to our own destruction

That our world’s top physicists such as Stephen Hawking fully embrace the frightening belief that human beings have no consciousness, no minds and no free will is a gigantic warning sign that the human race must not follow “science” blindly to its own self destruction.

“Science” has led us down the path of nuclear catastrophe, the depletion of natural resources, the chemical saturation of our agricultural lands and the ongoing collapse of food pollinators such as honey bees and bats. “Science” has irradiated our bodies, drugged our children, polluted our spaces with electromagnetic cell phone broadcasts, contaminated our water supplies and impoverished our genetic future with the incessant burden of DNA-damaging chemical contamination. “Science” is leading humanity to its own destruction while promising progress. “Science” has become the modern-day justification for the advancement of evil— the destruction of life on our planet for the sole purpose of furthering a corporate or political agenda (at the expense of protecting life).

Science has become evil, in other words. Through its lack of empathy and its failure to recognize the existence of the mind, it is carrying out agendas that go far beyond mere “crimes against humanity” and border on the demonic. In the name of “science,” life is being destroyed across our planet, and yet, astoundingly, those poison pushers who profit from it proclaim that they are the saviors of our world! “People will starve if we don’t grow genetically modified crops,” they cry. Yet at the same time they refuse to let a farmer in India save his own seeds from one generation to the next. They have refused him the natural right to plant his own crops, year after year, without paying royalties to the monopolistic evil corporation  that has used scientific genetic engineering to cause seeds to self-terminate after one generation. 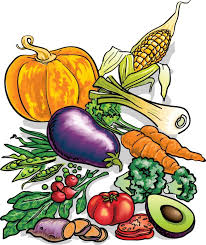 This is a template of absolute evil, carried out in the name of science. And it is being conducted by truly evil human beings who are quite literally psychopathic in that they have no capacity to value the lives or experiences of others. They are the demons who roam our world, destroying everything in their path while attacking those who dare to protect life. These demons must either be transformed or destroyed if we hope to have a sustainable future of life on our planet.

We must denounce the mindless, soulless “scientific” path 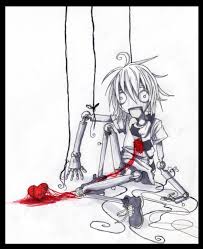 It is time that we, the citizens of our planet, denounced the mindless, soulless philosophy of the scientific communityand embraced a wiser, more advanced philosophy that recognizes the reality ofconsciousness… not merely human consciousness, by the way, but the consciousness of all living things: Animals, trees and plants.

Only by embracing a new philosophy that celebrates the existence of consciousness, the mind, the soul and free will can we ever hope to achieve wisdom and peace as a species.

Only by valuing life can we ever hope to sustain it.

Only by recognizing the suffering in others can we ever hope to end it.

Only by abandoning the empty mindless underpinning of modern science can we ever hope to halt the destruction it has unleashed upon our world. 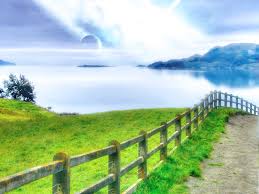 A philosophical shift is the next step in human advancement

The real solutions to our world’s problems, you see, do not merely require banning GMOs or outlawing certain chemical pesticides.  They require a wholesale philosophical upgrade that advances human understanding from the outmoded Newtonian era of understanding to the “quantum era” of human and animal consciousness. The next stage in our evolution, in other words, will not come from the realm of science at all but rather the realm of philosophy.

Without such an advancement in understanding — and the subsequent core shifts in human values — we will never achieve sustainable life as a species. If we follow “science” as our great leader and teacher, we will only follow it to our own self destruction. Because science has no soul. It has no spirit. It has no mind. It is an empty shell of mathematics that lacks meaning. It has nothing more to offer our civilization until we attain a deeper appreciation of empathy, consciousness and free will. Because only from that place can we hope to properly understand and apply the sciences in a way that protects life rather than destroying it.

What’s available now is Part One of the documentary (roughly 22 minutes).

The next part of this documentary will be released on May 30th, 2011, atwww.NaturalNews.TVand announced here on NaturalNews.com. 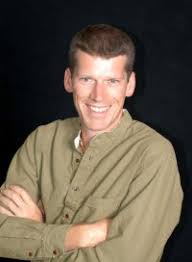 Mike Adams is a consumer health advocate and award-winning journalist with a strong interest in personal health, the environment and the power of nature to help us all heal He is a prolific writer and has published thousands of articles, interviews, reports and consumer guides, reaching millions of readers with information that is saving lives and improving personal health around the world. Adams is an independent journalist with strong ethics who does not get paid to write articles about any product or company. In 2010, Adams co-foundedNaturalNews.TV, a natural health video sharing site that has now grown in popularity. He also launched an online retailer of environmentally-friendly products (BetterLifeGoods.com) and uses a portion of its profits to help fund non-profit endeavors. He’s also a veteran of the software technology industry, having founded a personalised mass email software product used to deliver email newsletters to subscribers. Adams volunteers his time to serve as the executive director of the Consumer Wellness Center, a 501(c)3 non-profit organization, and pursues hobbies such as martial arts, Capoeira, nature macrophotography and organic gardening.