Does Your Car Smell Funny? 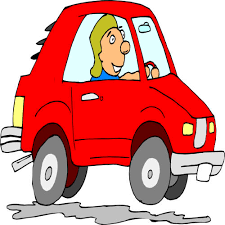 Lots of smells can invade an automobile, some that are benign and others that signal trouble. Here, common car smells, what they are trying to tell you and how you or your mechanic can get rid of them…

Especially if it’s very strong and constant, this could be a sign that your car’s catalytic converter isn’t properly processing the by-products of combustion. There could be a problem with the converter itself or with the engine.

What to do: Get a constant sulfur smell checked out quickly to avoid ruining the catalytic converter. Cost: A car manufacturer’s factory replacement unit can cost $300 or more.

Helpful: Avoid buying gas at lightly trafficked gas stations. The fuel may be old and possibly contaminated, which can trigger problems with your car’s emissions control system and possibly damage the catalytic converter.

All cars built since the early 1980s have vapor-recovery systems designed to prevent gasoline vapors from wafting into the surrounding air. So if you do smell gas, other than when you are filling the tank, it’s possible that your vapor-recovery system isn’t working properly — or worse, that there’s an actual gas leak somewhere. The latter is an obvious fire hazard.

What to do: If the gas smell is strong, it is best not to drive the car at all and instead call for a tow to your dealership or repair shop. The possible repairs could involve problems that range from simply replacing a leaky fuel rail (which connects fuel lines and injectors) to repairing or replacing a gas tank.

Helpful: Be sure that you fully tighten your gas cap after filling up. It is an integral part of a modern car’s emissions control system. If you leave it loose, vapors will escape and, in addition to the gas smell, your car’s “check engine” light probably will come on, requiring a visit to a repair shop or auto-parts store to clear the code from the computer that triggers the light (some shops will do it for free).

Engine coolant has a very distinctive sweet/oily smell. If you notice this smell outside the car, check underneath for puddles and drips to see if there is a leak somewhere in the cooling system.

If you notice this smell inside your car, check for dampness around the passenger side foot well. If you find wetness, you probably have a leaking heater core. A related symptom is a sticky film coming out of the defroster ducts that settles on the windshield.

What to do: This is one of those problems that starts out small and gets worse over time, so the sooner you can get it fixed the better. Repairs could range from replacing leaking hoses (a replacement hose costs about $25) to replacing a heater core, which can cost several hundred dollars.

Condensation may be collecting in the vehicle’s air-conditioning system instead of draining out as it should.

What to do: Look underneath the car in the area near the passenger-side floor pan, usually toward the front, where it meets up with the firewall that separates what’s under the hood from the passenger compartment.

If there is mud or caked-on debris, try to wash it away with a garden hose. The air-conditioning system’s drainage holes could be blocked, causing the moisture buildup. If you can’t find anything obvious, it’s a good idea to take the car in for a professional diagnosis. Mold can be unhealthy as well as unpleasant.

If the air-conditioning system needs major work or the ducts need to be taken out, it can be a big job costing several hundred dollars. But if it can be cleaned out without disassembly (shops have chemicals and tools for this), then it will cost less. Moldy smells also can be caused by water getting into the carpets from leaky windows or doors.

The friction material that lines clutch discs and brake pads can produce this smell, especially during hard use or abuse, such as riding the clutch or brakes excessively.

What to do: Try to correlate the smell with the situation. For example, if it arises when you’re descending a long, steep grade, it’s probably coming from the brakes. If it happens when you’re accelerating and you have a manual transmission, it’s more likely to be the clutch.

If the brake pads and/or shoes are worn out, they’ll need to be replaced. Replacing front brake pads typically costs less than $100. If the clutch is failing, replacing it can cost $500 to $800.

Helpful: Downshift the transmission to a lower gear when going sharply downhill (in automatics, just go down one gear from the “drive” position) to avoid overusing the brakes, which could lead to reduced brake performance as well as excessive wear and tear. If you have a manual transmission, avoid riding the clutch for very long when starting out and when stopping. Smooth, progressive engagement will help extend clutch life.

This often is the result of a failing gasket or seal that lets engine oil seep onto hot engine parts, where it cooks off. The good news is that if the leak is minor (just some light wetness or, at most, a few drops), it’s usually more of an unpleasant annoyance than an urgent problem. The bad news is that small leaks often become bigger leaks. If the oil smell is coming from the tailpipe (look for smoke with a bluish haze), it is a symptom of a worn-out engine in which oil is seeping into the combustion chamber and being burned up along with the air and fuel.

What to do: Mention the leak the next time your car is in for service. A repair shop will perform tests to determine the condition of the engine.

This “chemical” smell is the result of the evaporation of volatile organic compounds (VOCs) from plastic and rubber — the materials that are used to make most of the interior parts of the vehicle, such as dashboards, door panels, seat materials and carpets. It typically goes away on its own as the car ages.

What to do: Keep the windows open to allow better airflow.

Bottom Line/Personal interviewed Eric Peters, a Washington, DC-based automotive columnist and author of Automotive Atrocities! The Cars We Love to Hate (MBI). A member of the International Motor Press Association and the Washington Auto Press Association, he has been writing about cars for 17 years. His next book, Road Hogs (MBI), will be published this year.http://EricPetersAutos.com