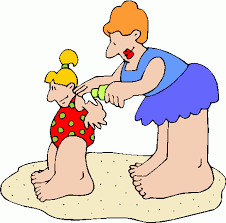 Researchers at the Environmental Working Group, a Washington-based nonprofit, released their annual report claiming nearly half of the 500 most popular sunscreen products may actually increase the speed at which malignant cells develop and spread skin cancer because they contain vitamin A and its derivatives, retinol and retinyl palmitate.

Furthermore, the FDA has known about the dangers of vitamin A in sunscreens since ordering a study 10 years ago, but has done nothing to alert the public of the dangers.

“Retinyl palmitate was selected by (FDA’s) Center for Food Safety and Applied Nutrition for photo-toxicity and photocarcinogenicity testing based on the increasingly widespread use of this compound in cosmetic retail products for use on sun-exposed skin,” said an October 2000 report by the National Toxicology Program.

According to AOL news, other problems with sunscreens include:

Also, be careful where you discuss the danger involved with sunscreens.

Bundchen refuses to use it on herself or her family because of the chemicals they contain. According to the Daily Mail:

“[Bundchen] made the comments at the launch of her own organic skin care range, which presumably doesn’t include sun care lotions.”

Bundchen, incidentally, is currently the highest paid supermodel in the world. She also has said that it should be against the law for healthy mothers to give their baby infant formula full of sugar, and often soy.