PROTECT YOUR CHOPPERS (and other body parts) FROM MERCURY

In addition to support for the immediate phase out, the U.S. spoke up for protecting children and the unborn from amalgam and recommended that nations educate patients and parents in order to protect children and fetuses.

The U.S. also defends the human right of every patient and parent to make educated decisions about amalgam.

Charles G. Brown, president of the World Alliance for Mercury-free Dentistry, applauds this move by the government.  He plans to broadcast the U.S. position to other governments around the world and encourage them to support the phase downs – leading to phase-outs globally.

The controversy over amalgam fillings has been ongoing for a long time. In 1991 the World Health Organization (WHO) acknowledged the predominant source of human exposure to mercury is fillings.

Retired European scientist Poul Moller found that mercury poisoning was the cause of health problems in his own family. 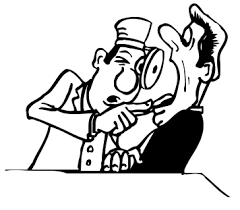 MERCURY IN VACCINES AND FILLINGS AFFECTS EVERY ORGAN IN THE BODY

In a 2002 report to the EU Commissioner for Health and Consumer Protection on the dangers of continued use of mercury in dental fillings he said, “mercury in vaccines and fillings has been linked to chronic diseases in the elderly and the young, such as autism and Alzheimer’s. In fact, it has been shown to affect every organ in the body.”

Their blood pressure really goes up when patients talk to them about it.

The American Dental Association (ADA) put a gag order on dentists not to talk about the toxicity of mercury in amalgam – and this is an infringement on the First Amendment; Freedom of Speech.”

The subject of amalgam in teeth is a huge issue. It’s been whitewashed as much as possible by the ADA. It’s not only the amalgam fillings, but other metals that they use in the mouth that are toxic.” 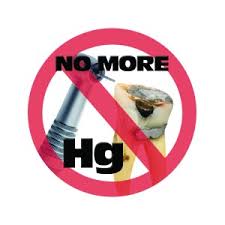 The International Academy of Oral Medicine and Toxicology (IAOMT) has produced a video,

that shows mercury vapor coming off a tooth that was extracted 25 years before the making of the video.

The voice-over intones, “Mercury vapor comes off fillings every time you stimulate them through chewing, brushing, grinding, and dental exams.”

The video tells us experiments on sheep and monkeys showed substantial quantities of mercury spread to every organ in the animals’ bodies just 30 days after receiving silver amalgam fillings.

Further research revealed bacteria that were antibiotic resistant in the intestines within two weeks of receiving the fillings. Studies also found damage to brain proteins.

On April 18, 2006 the Journal of the American Medical Association (JAMA) concluded after a five-year study, silver amalgam fillings for children were “safe.”

may cause health problems with pregnant women, children and fetuses.   As part of the settlement, the FDA agreed to alert consumers about potential risks on its website –

and to issue new rules in July 2009 for fillings that contain mercury. 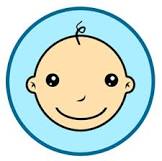 The U.S. government now supports the phase-out of silver amalgam fillings. Let’s hope it happens sooner rather than later.