NUCLEAR DANGERS – behind the scenes

There are so many mixed messages concerning Japan and

We wish to give you possibilities to ponder which are not

There is a complete contradiction between the mainstream media, bought scientists and what is truly unfolding.

Your corporate sponsored leadership and mainstream media has lost all heart and soul.

Their drive is profit and their only allegiance is to power.

Their goals are short sighted and based on instant gratification.

Time is money, and any way they can cut corners to increase profits is the goal.

The concerns for humanity and the earth are not factored in.

They create projects, use their scientist and spin doctors to sell it and in many cases apply the problem, reaction, and solution formula to generate vast wealth.

This is done with absolutely no regard for humanity and earth.

I would read this above paragraph again let it sink in because it is the key to almost all the ills of humanity and the earth. You do not have democracies. The republics created for the people and by the people copied from our ancestors went by way of the corporations a long time ago. There is no civilian oversight with any power and you do not have a say in your future only the illusion acted out at the polls. The splitting into adversarial positions by republicans and democrats is nothing but an elaborate show; they serve the corporate elite. Your politicians tell you want you want to hear then do what they are told by the mega corporations who fund their elections. What you have is a corporate sponsored dictatorial democracy. Now remember the goals of the heartless and soulless corporations and their regards to humanity and the earth then you will see how and why events like the bankster bailouts, the gulf oil crises, nuclear meltdowns and other horrendous environmental disasters occur around the world many of which you never hear about. You will also see where your jobs went and why you lost your homes. 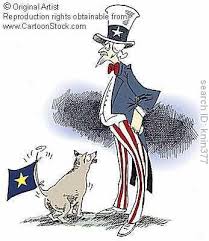 The banksters are breathing a big sigh of relief because now everyone is focused on the nuclear meltdowns and not on them. HAARP had a role in the Haiti quake and now it is looking like the Japan quake as well. 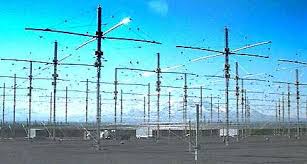 There was a HAARP signature in the ionosphere, strange cloud formations and Japan was bucking the take over of their monetary system by the N.W.O. new world order. They were having meetings in their parliament about 911 and came to the conclusion it was an inside job. They were snubbing their nose at the oil industry by building magnetic generators, cars running on water, fuel cells, magnetic engines etc. They were a thorn in the goal of world domination and enslavement through dependency. There are also other natural forces at play in this quake yet those with agendas of world domination capitalize upon these forces. The majority of humanity are completely unaware, dumbed down through chemicals in their water food and now even the air with the chemtrails. They are being led to slaughter like ignorant sheep. Those with any integrity and courage are far and few between. The very agencies put in place to protect and serve are protecting and serving the corporations and are the muscle for their agendas. This includes your military. To make it very clear the war and disease profiteers, soulless corporations who care nothing for humanity and the earth are in charge. I want you to reason this. Your wars are very profitable for a select few. The plagues are very profitable for a select few. The virus and bacteria are generated in labs not occurring naturally. You cannot get a human, swine and bird flu virus to combine outside a lab. When the new vaccines come out with the emotional blockers designed to shut off the emotional receptors in the brain there will be no hope for those who give in to them. Why don’t you have the cure for cancer? It was given in the 20’s. Raise the PH and the blood oxygen and cancer goes away as well as many other diseases. Our ancestors never experienced cancer or many of the other diseases now afflicting humanity. It is a direct result of moving away from nature and giving mega corporations control over your food supply. Cancer needs an acidic environment and low oxygen to exist it is anaerobic. Why is almost all the processed food acidic? Why is aspartame and corn syrup in almost everything along with a plethora of other toxic chemicals acidifying the body and having other serious negative impacts on the body? Where is your FDA concerning this? They are out attacking all safe and natural remedies and jailing those who promote them. Yes even farmers selling milk as well as organic foods.

Did you know heavy metal buildup is also a known cause for many of your illnesses? They are spraying massive amounts of aluminum, barium, and strontium a radioactive material in an aerosol-spraying program all of which are accumulative. Did you know aluminum is a poison? Did you know it blocks the water intake in roots. What is it doing to your crops, your forests, the fish and wildlife? Did you know all of these heavy metals are measured in your snow packs at 6,000 times the hazardous levels? This was sold to the world as a global project to prevent global warming with no; I repeat absolutely no civilian oversight, “BY THE MEGA CORPORATIONS.” Excuse me but our people and those close to the land find this a complete assault on humanity and the earth.

These, “accidents” meltdowns, the poisoning of the air, land, lakes and oceans as well as the poverty, plagues and food shortages all come back to one root cause; CORPORATE RECKLESS GREED. The complete disregard for humanity and the earth with an elite few; heart and soulless entities calling all the shots. These soulless people own the majority of your politicians and the people with heart and soul are just now waking up to the man behind the curtain. There is a fail-safe mechanism to all of this. It is within the soul of the people and it is called the Spirit/God/Creator within. It is also within the soul of earth herself. It is awakening, remembering, looking around at what has happened to Eden. It is also looking at who is behind what happened to Eden. The revolution will not just be the people it will be the very earth herself along with the heavens saying enough. It is finished. The beast and its network are going to collapse. Those that serve the beast will experience the same demise and it will be directly related to their actions against humanity and nature. You cannot hide from action/reaction, wherever you go in your separate egotistical beliefs your soul is with you and it will deliver the lessons to bring balance. The controllers know this, they feel it, they know a day of reckoning is coming and you are the enemy. They learned this from the last French Revolution. No underground facility will save them, no amount of armed guards, or remote castles. It is themselves they are running from. I want you to imagine an underground facility filled with control freaks when all their fears, anger and unresolved issues come forward. Imagine their undergrounds breaking up and filling with water or gasses from the reeling and shaking earth. As I said; not a very promising future. Their only future is to come clean, shift their assets and energies to the awakening and healing process and start making restitution. This is a Cosmic Event and there is nowhere to hide. This leads us into the Star Nations. They do exist and are observing all of these calamities. As long as the masses support the tyrants and their leadership on the downward spiral of social, economic and environmental collapse and continue to be willing participants they will keep observing. Humanity did not learn from Chernobyl. The offworlders intervened on that event changing the nature of the meltdown. The Russian scientists observed a ship hovering over the event sending a beam of light straight into the meltdown. The radiation levels dropped immensely. Did this stop the building of new reactors and the use of depleted uranium in your wars? Do you have any idea about the long-term consequences to the troops who used depleted uranium shells, the cities and villages they used them in? The diseases and birth defects that followed? Did you know these same reactors that are presently melting down are going to be built around the world? 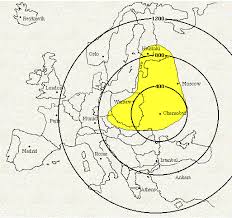 Government contracts have been given despite the present meltdowns.

Do you know how to end this? Send all the bought scientists praising how safe these reactors are along with the CEOs of the companies that build them to Chernobyl and Fukushima. Then take all the nuclear waste and meltdown material and put it in their trunks and dump it on their front lawns. Send the politicians as well and while you are at it send them to the front lines of the wars they sponsor. Have them all get inoculated in public first before forcing others to get inoculated. Make them drink the pesticides and herbicides they create and eat the GMO foods. That in a nutshell is the answer to the problem.

This puts an end to the nonsense. Humanity needs to rise up as well as hold those accountable on all levels for their participation and degree of participation in actions that are harmful to humanity and the earth.

The revolution has begun, the grand awakening with nothing hidden. How it plays out is up to us. I do not know the degree in which humanity participates but I do know nature will have the last word. 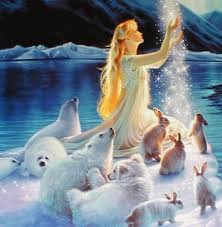 ECETI – Enlightened Contact with Extraterrestrial Intelligence –
Send email to ecetievents@gmail.com
AWESOME BOOKS AND VIDEOS covering UFOs their origins and intentions, Earth Changes, the origin and history of humanity and the Earth, Healing unseen negative influences and the path to awakening and healing. http://www.eceti.org/Eceti-Store/Eceti.Store.html “Pass them on to a friend.”We do not necessarily endorse content on this email and are to be held harmless for any actions taken on account thereof. It is with this understanding that the reader will use discernment in determining what is right and true for them personally. ECETI News is part of the public awareness and UFO acclimation project of ECETI under the Self Mastery Earth Institute, a non-profit organization dedicated to the Awakening and Healing of Humanity and the Earth. Any donations will be greatly appreciated.Please vist us on the web at http://www.eceti.org http://www.selfmasteryearthinstitute.org

Switch to: Text-Only, Daily Digest • Unsubscribe • Terms of Use
.