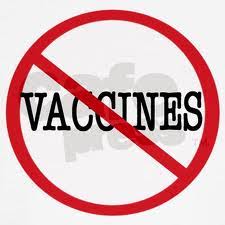 The deaths just keep mounting all across the world: Children are collapsing into comas and then dying, just minutes after receiving combination vaccines that have been deceptively marketed as “completely safe.”

Last year, Australia temporarily banned flu vaccines in children after they were found to have causedvomiting, fevers and seizures (http://www.naturalnews.com/029586_A…).

Today the damage from vaccines is emerging in Japan, where the health ministry has suspended the use of vaccines from Pfizer and Sanofi-Aventis following the deaths of four  there who died within minutes after receiving these vaccine shots.

There is very strong evidencethat vaccines are far more dangerous when given in combination than when given one at a time (http://naturalnews.tv/v.asp?v=60825…). (http://www.naturalnews.com/030678_M…) 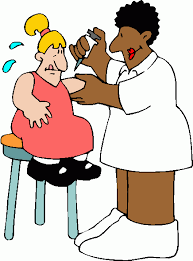 What will now happen in Japan is that a group of vaccine safety experts will meet to discuss the vaccines, and no doubt most of the members of that group will be paid off by Big Pharma.

Within a day or two, a statement will be issued that states there is “no causal relationship exists between vaccines and child deaths” and the vaccine program will continue as usual. The ongoing deaths of children will be ignored or explained away as “mere coincidence.”

How many coincidences does it take to make a pattern? If you’re one of the brainwashed vaccine zealots,there is never a pattern.

ALL deaths are automatically considered “coincidence,” no matter how many occur or how frequently they appear. A true scientist, of course, would observe the pattern and realize there is a cause-and-effect phenomenon taking place.

But then again, vaccine zealots are nothing like real scientists. They are propagandists.

This is how the vaccine industry operates every day: Lie to the public that the vaccines are 100% safe and effective, then deny any hint of vaccines causing damage to anyone. It’s a double-layer deception.

First, there’s the deception that vaccines are safe (they aren’t, and the vaccine industry refuses to subject them to scientific clinical trials versus non-vaccinated children in order to prevent this truth from coming out), and secondly that vaccines don’t damage anyone.

That’s yet another lie: Vaccines cause untold damage to the neurology of children and adults alike.

Children are routinely killed by vaccines, and vaccines are being pushed in the false context that presumes vaccines are the only way to protect children from infectious disease in the first place.

Nutrition actually works better, and it doesn’t kill children. But that’s not the choice presented to parents.

The choice is either vaccination or non-vaccination.

The choice is never presented as vaccination or vitamin D supplementation, is it?

The real cost in human suffering

If vaccines are so safe, then why do so many healthy young children suddenly collapse into autism in the hours or days following vaccination? 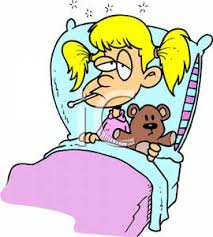 Why is this neurological damage a global phenomenon that almost always occurs in children who are vaccinated?

Why are non-vaccinated children so much healthier, more vibrant, more intelligent and more immune to infectious disease?

The vaccine industry doesn’t want you to ask these questions. You’re supposed to just accept their propaganda, take your shot, and keep coming back for more, year after year.

If your child gets autism, it your fault, not theirs (according to them).

If your child collapses into a coma and dies,you have no legal recourse because the U.S. Supreme Court has made it illegal to sue for damages from vaccine companies (http://www.naturalnews.com/031453_S…).

The entire medical system has been configured to suppress vaccine lawsuits and deny the evidence of vaccine damage and death.

The court system denies justice to anyone whose children are damaged or killed by vaccines.

And parents who question the safety of vaccines are ridiculed by doctors and even called “baby killers” by Bill Gates, who has funneled tens of billions of dollars into mass vaccination campaigns despite the fact that vaccines are killing children.

Of course, the vaccine industry claims its vaccines are saving far more children than they are killing (they claim their vaccines kill exactly zero children, by the way — a number that is an obvious lie).

But even this argument falls flat when you consider that using nutrition to enhance immune function is far more effective than using vaccines. Even the Nobel prize winning Luc Montagnier, co-discoverer of the AIDSvirus, says you can cure AIDS with a strong, healthy immune system ( http://naturalnews.tv/v.asp?v=BAFF5… ). Much the same is true with nearly every other common infectious disease: Strong immune function resists infection far better than any vaccine.Vitamin D, for example, also works to prevent tuberculosis.

The CDC has never admitted it publicly, of course, because the CDC is a political organization that protects the profits of the vaccine makers.

When it comes to what’s real versus what’s just corporate propaganda, one thing is certain:Scientific facts have never stood in the way of vaccine profits.

The vaccine industry has becomean unstoppable death machinebased on non-existent science and arrogant quackery. It has become a huge profit center for the medical industry, of course, because much of the damage caused by vaccines results infuture medical care profitst hat feed the drug companies(http://naturalnews.tv/v.asp?v=BAE7F…).

What’s clear from all this is that vaccines are great at one thing: Population control.

“The world today has 6.8 billion people… that’s headed up to about 9 billion.

Now if we do a really great job on new vaccines, healthcare, reproductive health

services, we could lower that by perhaps 10 or 15 percent.”

As of this week, the population of children in Japan has been reduced by four. And more vaccine-induced deaths are no doubt happening all across the world that go unreported or are intentionally censored out the medical records.