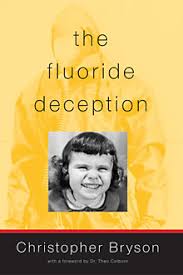 truth about fluoride (actually an industrial poison) – we’ve been lied to yet again by the “authorities” and “experts”. 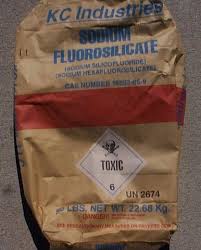 Here is the transcript of this documentary:

Fluoride. Dentists say that drinking it can protect your teeth against cavities. Cities and towns all across the world actually dump it into the water supply, hoping to indiscriminately medicate the population through their tap water faucets.

The official story on fluoride sounds wonderful: Drink the stuff, and you won’t get cavities, we’re told. It’s a nice story. But there’s another side to this story — the side you’re never told. And it starts with the astonishing but verifiable fact that nearly all the fluoride dripped into municipal water supplies isn’t naturally occurring fluoride at all.

In fact, it’s actually a combination of hexafluorosilicic acid and sodium silicofluoride.

These two chemical are considered highly toxic by the EPA. They’re actually classified as hazardous waste and when packaged for transportation, they must be labeled as poison and handled by workers wearing industrial safety gear.

So what are hexafluorosilicic acid and sodium silicofluoride, and where do they come from?

That’s the part of this story that you probably won’t believe. That is, not until you check it out yourself. Because the more you look into the mythology of fluoride, the more bizarre this story becomes.

And this bizarre story begins at phosphate mining companies. Phosphate is an important mineral used in fertilizers. It’s mined from natural rock deposits scattered across the world, and the phosphate rock is then refined to produce phosphoric acid. If that name sounds familiar, that’s because it’s one of the main ingredients in carbonated sodas such as Coke and Pepsi. Phosphoric acid is often compared to battery acid. It’s a highly acidic liquid that is believed to be the primary reason why drinking sodas can result in kidney stones and a loss of bone mineral density.

Phosphate rock is also used to create fertilizers. The problem is, phosphate is often contaminated with high levels of fluoride — as much as 40,000 parts per million, or up to 4% of the raw ore. To remove the fluoride, sulfuric acid is added to a wet slurry of phosphate and water. This causes the fluoride to vaporize, creating highly toxic gaseous compounds such as hydrogen fluoride and silicon tetrafluoride.

These toxic fluoride chemicals used to be released directly from the smokestacks of phosphate mining operations, but the nearby farms suffered devastating losses of cattle and food crops which withered away and died due to… guess what? Fluoride poisoning.

In order to stop this environmental destruction, the phosphate mining industry put in place a way to capture the toxic fluoride chemical vapors so that they wouldn’t be released into the air and kill the surrounding livestock and vegetation. This was accomplished by installing “wet scrubbers” that captured the toxic fluoride chemicals, preventing them from being released into the environment and killing the plant and animal life living nearby.

It is from these wet scrubbers that toxic fluoride chemicals are now harvested. They’re collected, re-packaged, shipped to your local city, then dumped into the municipal water supply. So instead of these toxic fluoride chemicals being released by the phosphate mining smokestacks, they are instead captured, and then released into the water supply of large cities where the chemicals then contaminate the water of millions of people at a time.

This is called water fluoridation. 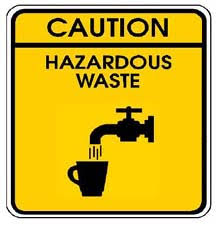 Curiously, it is a violation of federal law to dump hexafluorosilicic acid or sodium silicofluoride into the water. Such an act, in fact, is considered an act of terrorism. Yet it is mysteriously allowed today as long as it is accompanied by a loosely-justified claim that “we’re doing this to stop cavities.”

But setting aside for the moment the inconvenient truth that water fluoridation involves the illegal act of dumping hazardous waste into the water supply, there’s another important question in all this: Do these toxic fluoride chemicals actually prevent cavities?

Roughly ninety-nine percent of the municipal water pumped through any given city never ends up in the mouths of the people. Most water is used for showering, washing dishes, washing clothes, watering yards and filling pools. Almost none of the fluoride dripped into the water supply comes into contact with human teeth.

It does, however, end up downstream, where it contaminates rivers, streams and ultimately the oceans of our world. In this way, water fluoridation policies have become a convenient loophole through which the phosphate mining industry can dump its toxic waste byproducts into the environment without adhering to any EPA regulations whatsoever. Phosphate mining companies even turn a profit by selling their hazardous waste to cities, then labeling it “fluoride” even though this name is scientifically inaccurate.

All this raises an obvious question: If fluoride kills cows, and crops, and fish, and is considered a hazardous waste chemical by the EPA, then how could it be healthy to ingest?

And why don’t doctors and dentists, even though they openly recommend fluoride — sometimes with irrational exuberance — know where fluoride really comes from? If dentists knew fluoride was derived from the chemical waste of the phosphate mining industry, would they still recommend that we consume it?

The truth about fluoride is a lot like the truth about Enron, or Goldman Sachs, or every other shocking revelation that nobody believed until it suddenly became obvious that we were all being fooled for so long. Fluoride is a clever scheme, where a hazardous waste chemical is dumped into the environment by passing it through the bodies of people first. We, the People, have become the toxic waste dump site of the phosphate mining industry, and chances are, your local dentist fully supports this entire process.

Over the last several decades, an astonishing twenty-four studies have established a statistical link between fluoride exposure and low IQs in children. One study conducted by the Center for Endemic Disease Control in China found that each additional milligram of fluoride detected in every liter of a child’s urine was associated with a 0.59 point decrease in their IQ score. Another study found that fluoride exposure slashed the number of children achieving “high IQs” by more than 70 percent.

It shouldn’t be surprising, of course, to learn that a consuming a hazardous chemical might impair brain function. Water fluoridation, in turns out, may be the root cause of the alarming drop in academic aptitude among children in first-world nations. Historically speaking, the mathematics that used to be taught to eighth graders in the 1950s are now college-level courses in 2011. Maybe the reason why Johnny can’t read or spell is because Johnny’s been drinking too much fluoride.

So I have three bits of advice for you. First, for your dental needs, always seek out a holistic dentist who understands the toxicity of fluoride and mercury.

They will advise you NOT to drink toxic fluoride chemicals from your tap water.

Secondly, don’t drink unfiltered tap water. In addition to the toxic fluoride chemicals, tap water is also usually contaminated with chlorine and even dangerous elements from old water pipes. Buy a good countertop water filter from a company like Aquasana.

Or get a whole-house filter to remove chlorine and fluoride from the water entering your home.

Thirdly, help fight water fluoridation in your local city or town. If your city is like most cities, water fluoridation policies have been pushed by dentists and doctors who are technically ignorant of the origins and the composition of fluoride, and yet they seek to assert power over the composition your local water supply. They essentially attempt to mass-medication the entire population with what can only be called a “drug” — a biologically active chemical that they claim can prevent a health condition.

And yet, has this “drug” called fluoride ever received FDA approval as a drug? Have the individual members of the population been individually assessed for their need for such a drug? Have medication doses and drug interactions been considered? Has anyone even been written a prescription for this drug?

The answer is no. Fluoride is an unapproved drug, being used in a highly illegal mass-medication scheme that provides an excuse for the real agenda of disposing of a highly toxic hazardous waste chemical. 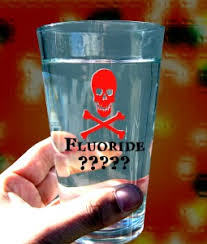 Demand an end to fluoridation in your local cities and towns. Call for those who purchase and handle fluoride to stop what they’re doing. Question the safety of these toxic chemicals being dripped into the water supply. These are actions that endanger the public. They could be called acts of terrorism. And publicly shame the doctors and dentists who have taken part in this mass chemical poisoning, causing untold harm to populations all over the world.

Help us stop the fluoride poisoning of our world.

Learn more at NaturalNews.com. Join the Facebook group “No Fluoride.” See more videos about fluoride at NaturalNews.TV. Visit FluorideAlert.org and other fluoride truth websites that are working to end the fluoride poisoning.

Thank you for listening. This is Mike Adams, the Health Ranger.

dentists out there in