EARTH CHANGES, POLE SHIFT – where do YOU stand?

I think this is an excellent and thought-provoking article written from the heart!   Enjoy!

The Winds of Change are Here

We have spoken of great changes coming to the Earth for quite some time.

These changes have been written down for all to see far in advance by many including the one who brings forward this message. This is no longer prophecy; it is now science and statistics. It is unfolding all around you on every level for those with the eyes to see and the ears to hear. Through this process there have always been those without the eyes to see or the ears to hear living in denial. They have done everything possible to dismiss, disrupt and discredit these messages. Some due to attachment, some due to fear, ignorance and denial, some because that is what they are paid to do.

Do not worry about them they will have their day or reckoning either on the Earth with the reactions to their actions or in their light review upon leaving this plane.

The changes are happening now on every level. Social, economic and physical. Whatever has to happen to bring balance and what ever is not in alignment with natural law will be addressed.

The greed, injustice, pollution of the air, water and land will all be addressed as well as the level of participation of each individual and the collective. There is nowhere to hide, no rock shall be left unturned.

Those who have maintained their integrity, live in harmony with each other and nature will be guided.

They have risen to the occasion and have the frequency necessary to see and hear. There are those who have chosen not to see or hear, are in complete denial due to attachment. These are not to worry about. They will be addressed; put your time and energy into your own process and move with that process with loving detachment.

There are things unfolding for all to see. The exponential increase in erratic weather, super storms, volcanic eruptions and earthquakes in magnitude and numbers all are on record. This will all continue to escalate. 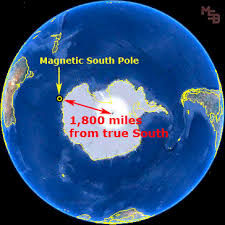 Whole continents are rising underneath your oceans, poles are melting, jet streams and gulf streams are changing with incredible temperature swings worldwide. Despite all this there will be those who will try to maintain the status quo, dismiss, discredit and deceive the populace through the mainstream media and other mainstream agencies. These are the very people who have oppressed humanity for eons through manufactured lack, planned obsolescence, and enslavement through dependency. They rule by keeping the masses in fear and survival. Now before you brand this message as fear based it is not, it is stating the obvious and a message of hope. 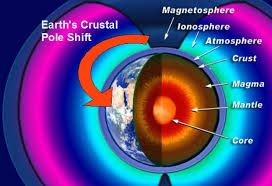 A whole new life comes forth. 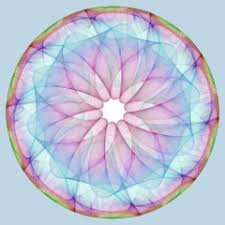 There are intelligent designs behind these changes. There is purposeful good in all of it. You are multidimensional eternal beings and even if one chooses to transcend this physical reality and break free of their chains stopping their evolution it is a good thing.

You are not your body you are a spirit, a multidimensional being that has a body.

Now, is this physical reality less important than the other planes and dimensions of Spirit/God/Creation? No it is 3d God. Has it been treated as such? Has the Creator in all Creation been honored? Is there perpetual war on each other and the environment? What happened to Eden, Heaven on Earth? Does this abuse of the physical 3d manifestation of God need to be cleaned up and will there be karmic reactions to this abuse to humanity and nature? This is common sense. It is a truth so many have forgotten the most of which are in leadership positions. These positions of power have become so corrupt, abusive, and enslaving they are beyond healing.

The lust for power and wealth at the expense of humanity and the Earth has become epidemic and beyond healing thus it has to go. Love is the ultimate power and love serves.

Those with love in their hearts who are of service to humanity and nature understand this message. They also understand why these changes are necessary and are hearing the voice of change.

We want to give you a little heads up on the days to come. You are already seeing the extreme weather, increase in earthquakes and volcanic eruptions. You are not hearing about whole continents rising from your sea floor. You are hearing of the melting poles yet what about all the undersea volcanoes going off? You are hearing about a global call for freedom and democracy yet those inspired from on high gave you a republic not a democracy. Democracy often means corporate take over. Be very careful on who is installed after the tyrants leave.

There is a magnetic pole shift underway along with a physical pole shift. Both are going to disrupt your status quo. The sun is revving up, your magnetic shields are down which is going to have a major impact on your technology. Your cell phones, bank cards and internet will be the first to go with satellites being taken out by the solar flares and CMEs. There will be black outs here and there followed by the entire electrical grid going down.

The incoming energies will render most technology useless. There are other suppressed technologies that would not be affected such as zero point tech etc which generate a different kind of energy and often shield themselves yet those that have held them in secret will most likely continue on that path despite the hardships of the people. This will all be revealed. There are rapid healing technologies, frequency and energy technologies that end disease and other natural remedies including stem cells that will repair any damage to the body. These suppressed technologies will come out in countries that have governments that care about their people over disease profiteers. The greatest technology will be the technology of spirit.

There is a light at the end of this tunnel.

It is the destiny of humanity and the Earth to awaken and heal. It is also destiny to join the rest of the multiverse in peace.

The Earth will heal herself with help from what is known to you as off worlders or Star Nations participating in what is known as a much grander process. It is better to refer to them as the greater family of man. They have technologies we would consider miraculous; which will bring the healing process very quickly after the changes. The Earth has been under quarantine and your leadership chose in the past to refuse these offers to clean up the environment due to war and disease profiteers which opened the doors to low level contacts. Many of your leaders have also opened the doors to some real dark forces in their desire for power and wealth. These doors are closing and the influences from which they derived their power are being removed. They will eventually stand naked with all of their deceptive actions against humanity and the Earth for all to see. This is Armageddon; which translates to the great uncovering where no rock shall be left unturned. Telepathy and direct knowing along with ones own inner guidance is opening exponentially. The lies and deceptions will end.

Now is the time to choose.

This wave behind the awakening and healing process is unstoppable. The frequencies and forces behind this wave are unimaginable. Are we going to flow with it, awaken and heal, shift our assets and energies to the awakening and healing process? Are we going to resist it, continue to lust for power and wealth at the expense of humanity and the Earth and serve the beast? The second path is futile and shall end in a grand reaction much of which you are already seeing.

Scientists are observing and measuring this process. Many do not know what they are seeing due to lacking spiritual awareness but some are putting the pieces together. There are massive streams of Energy coming into the Earth. There are great bands of energy forming around your equator. There is a blue shield or grid forming around the Earth. The magnetic and physical pole shifts are being measured as well. They are fully aware of the Sun and what it is about to do. Only a few are telling you. They are also aware of what is coming from Galactic Core; which the Mayans have known about for quite some time. We are moving to a new place in the universe, a highly charged place where we are going to have to rise to the occasion. Yes there is more to the story. Be well 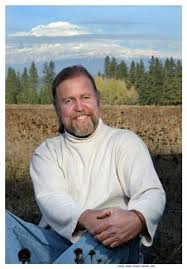 Visit Your Group
ECETI – Enlightened Contact with Extraterrestrial Intelligence –
Send email to ecetievents@gmail.com
AWESOME BOOKS AND VIDEOS covering UFOs their origins and intentions, Earth Changes, the origin and history of humanity and the Earth, Healing unseen negative influences and the path to awakening and healing. http://www.eceti.org/Eceti-Store/Eceti.Store.html “Pass them on to a friend.”

We do not necessarily endorse content on this email and are to be held harmless for any actions taken on account thereof. It is with this understanding that the reader will use discernment in determining what is right and true for them personally. ECETI News is part of the public awareness and UFO acclimation project of ECETI under the Self Mastery Earth Institute, a non-profit organization dedicated to the Awakening and Healing of Humanity and the Earth. Any donations will be greatly appreciated.