Hippocrates said, “First do no harm” 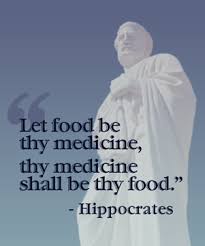 It’s too bad that the medical profession does not live up to this part of their oath.

drugs do not heal but merely suppress symptoms while never addressing the cause.Organic sulfur crystals, along with a relatively clean or synthetic chemical-free diet,

….   and, let us remember the foundations of healing

The Cellular Matrix Study, centered around Organic Sulfur Crystals, was started 12 years ago,

after the Director’s son did not die of testicular cancer despite being sent home to die by the cancer doctors.

One tablespoon of Organic Sulfur Crystals twice a day.

Why twice a day? Because the oxygen permeating the body from the crystals leaves the body in 12 hours.

Twice a day, therefore, creates an aerobic environment in the body constantly.

Originally, the study was started as a photographic study. All that was required was a before and after photograph, six months apart, of the face.

The photograph would have indicated the cellular transformation within the body– evident in the face. What happened was startling.

Telephone calls kept coming in from all parts of the world indicating unbelievable results. Before delving into that it should be noted that a study done at the Institute of Human Nutrition, School of Medicine, University of Southhampton in the UK, in 2006, discovered that the crystals produce all essential amino acids, the production of Omega3 fatty acids and B complex vitamins, including vitamin B-12 – a blessing for those that consume no animal flesh.

In addition to the reversal of cancer,

people with diabetes reported a minimum of a 20% reduction in their insulin requirements to total elimination of the need for insulin.

The lowering of the numbers increased exponentially when their diets increasingly became free from preservatives, pesticides and other toxic chemicals.

Those that were taking anti-depressants no longer take them.

With regard to those with neurological and/or traumatic degenerative disease the response was slow. This is due to the fact that the myelin is multi-layered and thick and takes longer to respond.  Nonetheless, people reversed the degenerative process.

Six candidates for by-pass surgery reported being symptom free in 8 to 12 months. The most prolific result was the reversal of autism in a little girl that developed autism after being vaccinated two years ago.  She had been receiving the sulfur through mothers milk for three days.


With regard to osteoporosis, one person reported going from a (-) 3-bone density to a (+) 2 within 5 months and countless others reported the total alleviation of joint pain within days. Also reported were elimination of allergies, healthier skin, hair and nails, greater flexibility and increased blood circulation,

removal of hangover symptoms within 30 minutes, and reduction in the scar tissue associated with cataract surgery.

People living in Hawaii are subjected to vog, which arises when southerly winds blow toxic vapor from the Big Island’s active volcano statewide. Those ingesting the crystals are not affected by the vapor.

Overall, there has never been a complaint, as evidenced by the 70,000+ that have participated in the study, which has been on going for the past 12 years, except for the discomfort associated with the detoxification process that usually occurs within the first week of ingestion. 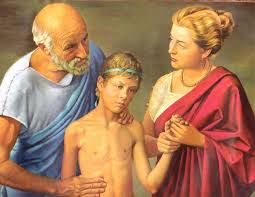 So be it!Learn more: