Some of the most miserable and painful chronic diseases known to humankind involve inflammation in the bowel. Crohn’s disease and ulcerative colitis are two of these relapsing conditions. They affect more than a million people in the United States and cause weight loss, diarrhea, sometimes excruciating abdominal pain and cramping and gastrointestinal bleeding.

Mainstream medicine treats these ills, which involve ongoing tissue inflammation that alters the functioning of the intestine, with a host of immune suppressive drugs including steroids. Unfortunately, these Big Pharma side-effect laden solutions are not totally effective and patients relapse.

But now there’s new hope on the horizon for a drug-free, totally safe treatment could even turn out to be a cure: a probiotic.

Probiotics are live microorganisms (in most cases, bacteria) that are much like the beneficial microorganisms found in thehealthyhuman gut. Also known as “friendly bacteria” or “good bacteria”, foods like yogurt and kefir contain probiotics. They can be taken as supplements, too. 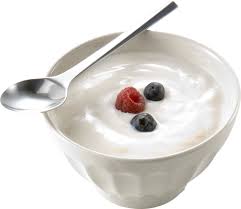 Northwestern Medicine researchers have genetically tweaked a version of a common probiotic found in yogurt and cheese and a new animal study shows it is an effective treatment for inflammatory bowel diseases such as Crohn’s and ulcerative colitis.

What’s more, the scientists think the probiotic may be useful in treating colon cancer, another disease triggered by inflammation, as well.

The Northwestern team deleted a gene in the probiotic Lactobacillus acidophilus and fed this version of the probiotic to mice with two different models of colitis.

After about 2 weeks of treatment, the new probiotic strain had virtually eliminated colon inflammation in the animals.

Moreover, it halted progression of the diseaseby 95 percent. The results of the study were just published in theProceedings of the National Academy of Sciences.

“This opens brand new avenues to treat various autoimmune diseases of thegut, including inflammatory bowel disease and colon cancer, all which can be triggered by imbalanced inflammatory immune responses,” said Mansour Mohamadzadeh, associate professor of medicine at Northwestern University Feinberg School of Medicine and lead investigator of the study, in a statement to the media.

He also is a member of the Robert H. Lurie Comprehensive Cancer Center of Northwestern University.

In the study, the modified Lactobacillus acidophilus was found to calm over stimulated immune cells in the gut by mobilizing messenger immune cells, called dendritic cells. These dendritic cells then enhanced the production of other functional immune cells, known as regulatory T-cells. The result? A healthy new balance was achieved in the intestine and systemic inflammation was soothed away.

NaturalNewsis opposed to the use of animals in medical experiments that expose them to harm. We present these findings in protest of the way in which they were acquired.