Colloidal Silver to the rescue – again!

Could this brand new discovery of a special method for infusing paper with silver nanoparticles help solve the growing problem of contaminated meats and other foods?

Does it hold the key to protecting families from infection and disease caused by food-borne illness?

A few months back I wrote an article  pointing out the fact that the deadly, antibiotic-resistant pathogen known as MRSA (methicillin-resistant staphylococcus aureus) was now contaminating a surprising portion of the meats you buy at the supermarket.

Indeed, as much as 14% of pork chops, nearly 6% of beef and over 1% of poultry carry the deadly bacterium, which was also found in veal, lamb and other meats.

Worse yet, according to critics, the USDA is apparently covering up this growing problem, because they’re afraid foreign nations that purchase billions of dollars annually worth of U.S. meat would slap restrictions on meat imports from the U.S., or switch to other nations to obtain their meat products.

Of course, colloidal silver has been demonstrated in four separate studies (documented at this web site:      http://www.colloidalsilvercuresmrsa.com/) to literally decimate the MRSA pathogen.

When 82-year old David Sharman contracted an extremely tough MRSA infection directly after a hospital surgery, he knew his chances for living were slim.

So he went home and began using a concoction from a local health food store called colloidal silver on his surgical wounds each day. He later told the Evening Telegraph:

“I was determined to help myself and began using colloidal silver directly on my wound daily….Getting MRSA doesn’t have to mean the end of the road. I could feel myself slowly getting better, and the day I got the all-clear was an extremely happy day for my whole family.” 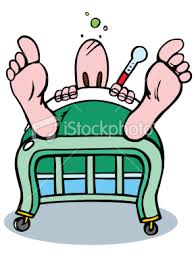 You’ve probably read the news reports that deaths from MRSA infections are now outpacing deaths from the AIDS virus, here in the U.S. and throughout the world.

That’s why doctors are so frightened. They know that MRSA infections – which were once confined to people with fresh surgical wounds under long-term hospital care – are now moving rapidly into the general population. And, anyone who comes into contact with groups of people on a regular basis – such as in supermarkets, churches, hospital rooms, business offices, gyms, or other places where people congregate – are susceptible. 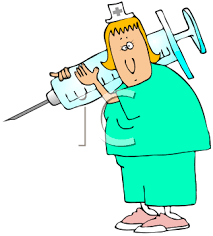 Fortunately, four brand new clinical studies prove beyond any shadow of a doubt that natural silver – particularly colloidal silver – destroys the MRSA pathogen quickly and effectively, unlike any other infection-fighting substance known to man.

To learn more about MRSA and colloidal silver, simply click the link below to go to the next page and read our comprehensive FREE Special Report titled Colloidal Silver: The Undisputed Cure for MRSA and Other Deadly Super-Pathogens.