Fluoride is a potent neurotoxin that’s been fraudulently promoted as a cure for cavities for the past five decades. Finally, we’re beginning to see the kind of research needed to hopefully reverse this great injustice… 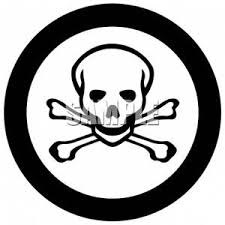 The two recent scientific developments above deserve special notice as together they offer a compelling picture of the truth. Not only do we now have yet another study showing that fluoridated water has a significant impact on children’s IQ, but researchers have also discovered that the benefits of topical application of fluoride is highly questionable.

Folks, there are FAR better options for decreasing tooth decay than using a topical poison or ingesting a harmful industrial pollutant.

Fluoride Does Not Make Your Teeth More Resistant to Decay

According to Science Daily, Americans spend a staggering $50 billion a year on the treatment of cavities. Fluoride, long heralded as the answer to decaying teeth, can be found in a vast assortment of toothpastes, mouthwashes and professionally applied fluoride treatments. It’s even added to your drinking water for this purpose.

Now, a groundbreaking study published in the journal Langmuir has uncovered that the fluorapatite layer formed on your teeth from fluoride is a mere six nanometers thick. To understand just how thin this is, you’d need 10,000 of these layers to get the width of a strand of your hair! Scientists now question whether this ultra-thin layer can actually protect your enamel and provide any discernible benefit, considering the fact that it is quickly eliminated by simple chewing.

An Even Bigger Issue: Water Fluoridation

The conventional wisdom has been that topical application of fluoride can help strengthen your enamel and help prevent decay. If that’s untrue, then the case against water fluoridation—the ingestion of fluoride—becomes even stronger than it ever was before.

There’s just no doubt that ingesting fluoride has no beneficial effect on your teeth. In fact, there’s overwhelming evidence indicating that fluoride is a potent toxin that can cause a wide array of severe health problems once ingested.

When evaluating the issue of water fluoridation it is also important to understand that fluoride is a drug. You can’t get fluoride without a prescription. Yet it’s being added to your water supply on a mandatory basis at various levels that may or may not be safe for various individuals, especially children, the sick, and the elderly. Water fluoridation is a major assault on your freedom of choice – to be drugged or not.

Sodium fluoride, which is a far simpler toxin than the fluoride compounds used for most water fluoridation, has also been used for rat and cockroach poisons, so there is no question that it is highly toxic.

Amazingly, the United States is only one of eight countries in the entire developed world that fluoridates more than 50 percent of its water supply. (The other seven are: Australia, Colombia, Ireland, Israel, Malaysia, New Zealand and Singapore.) In Europe, Ireland is the only country that fluoridates more than 50 percent of its drinking water, and England fluoridates 10 percent. Most of mainland Europe is not fluoridated, and yet, according to World Health Organization data, their teeth are just as good, if not better than Americans’.

Read more at this site :