Do Vaccines help or harm? 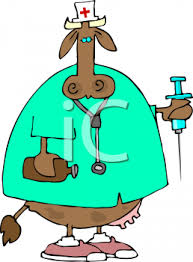 The vaccination story takes much longer to tell than just one small chapter in a book. So I am not going to try to prove anything to you, but rather give you some important information to consider, very important.

The first thing you might check for yourself is the latest controversy now on TV at this date of 1/6/20011. Dr. Andrew Wakefield, MB, BS, FRCS, FRCPath, is an academic gastroenterologist; he is a completely conventional doctor being worked over by CNN trying to prove that he is a liar because he is saying autism is caused by vaccines. They are saying he faked the data. They have to say that, as there is no opposing data. CNN tries to appear unbiased, but they spend a minute or two on his actual data and then ten times as much time talking about how he has been accused of lying. CNN personnel are extremely unprofessional and irresponsible to claim he is lying when they have no proof.

The first thing you should notice is that if you go to the internet and read about vaccinations, you will find many learned people writing about it. You will notice that each of these people is saying that vaccination is absolutely a great thing. Doctor after doctor will tell you that vaccination has reduced the incidence of many infectious diseases. Just look at the extremely high percentage of infectious disease around 1900, they say, and now, after the advent of vaccination, those diseases have all dropped to tiny, almost insignificant percentages of what they had been.  Although each of these people will confirm the tremendous value of vaccinations and talk about the scientific proof and the huge field of scientific evidence, there is in fact no scientific proof. Again there are all those missing scientific papers.

Measles as an Example 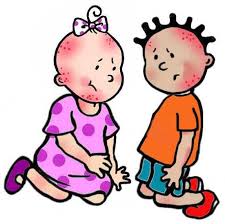 But let me help you check if for yourself. Take measles as an example. In 1900 there were 13 deaths for each 100,000 population. By 1963 there was less than 1 death per 100,000 population. With the proper chart, that can be made to look good for vaccination, but you may have guessed it, vaccination for measles was introduced in 1963. After it was introduced, the number of deaths continued to decline, but not significantly, and not at any accelerated speed. There are no graphs that prove there was a big reduction in measles deaths after the introduction of measles vaccines. The decrease in measles deaths matched the improved living conditions of the cities, the better nutrition, the improved trash collection and waste disposal. The exact same thing happened in England and Europe. Nor was it just measles — all the infectious diseases have a similar graphs. The tremendous reduction in disease followed modern civilization in the improvement of living conditions and hygiene. No disease incidence graph shows any particular reduction in deaths after the introduction of its vaccine.

To illustrate this, let me give you a picture of New York in about 1900. Keep in mind that all cities were described the same way at that time. I quote Roman Bystrianyk in her article Historic Data Shows Vaccines Not Key in Declines of Death from Disease.

“Now imagine a world where workplaces had no health, safety, or minimum wage laws. It was a time where people put in 12 to 16 hours a day at the most tedious menial labor. Imagine bands of children roaming the streets out of control because their parents are laboring long days. Picture the city of New York surrounded not by suburbs, but by rings of smoldering garbage dumps and shantytowns. Imagine cities where hogs, horses, and dogs and their refuse were commonplace in the streets. Many infectious diseases were rampant throughout the world and in particular in the large cities. This is not a description of the third world, but was a large portion of America and other western cities only a century or so ago.”

The decline of disease in every case came from hundreds of societal improvements, such as:

The decline in incidence of each disease came before the advent of its vaccination, with the exception of smallpox. However, there is no proof that smallpox vaccinations helped. For years in England, hundreds died from smallpox vaccinations and only one or two from smallpox each year. Despite strict vaccination laws a hundred years ago, with thousands vaccinated, hundreds of thousands nevertheless died from smallpox. The doctors and drug companies would like you to think (and maybe even a few of them have convinced themselves) that vaccinations are responsible for the reduction in deaths. They produce statistics that would convince a master thief, but they simply cannot compete with the truth and facts. 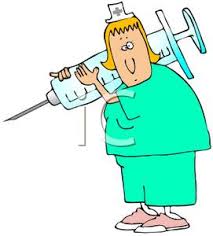 There is currently an epidemic of Type 2 diabetes in progress. One in 100 children have autism. Further:

The government/vaccine industry is going to carry on vaccinating, covering up, and making false claims of safety until every child has a vaccine-induced disease. So we of the Genesis 2 Church of Health and Healing must do everything we can to stop this evil, and we will.

You will find many references to prove the point. The facts are facts and only those doctors, governments and clinics who benefit in a big way from the money generated by vaccines are really pushing you to go ahead and vaccinate. Sorry friends, but these people recommend vaccination in the face of absolute truth against vaccines and only for money. Billions of dollars are made on vaccines each year by those who receive money for them, whereas those who are warning you against vaccines benefit in no way. They just want to save you and your children the pain that millions are already suffering. One group wants your money; the other group wants to save you suffering. It’s time you faced some facts, and if you don’t mind suffering, that’s OK with us, but you owe it to your children to study the issue. Don’t ask your children to suffer because you have a closed mind. Keep in mind that hundreds of thousands of people are lining their pockets with your money while a tiny few are trying to get the truth to you at their own expense.

My new E-Book, “Master Mineral Solution for the 3rd Millenium” will be available very soon!!!!

As always with love,