This is just an extract from a detailed document posted by Dr Mercola and can be found here :

Let’s become well informed and aware of what’s going on and coming our way! 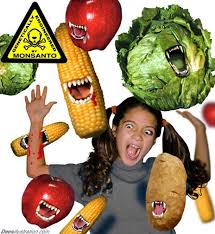 Other Examples of Dangerous GM Foods

In addition to corn, there are six other GM foods currently on the market. And all of them have been linked to potential health problems.

How You Can Avoid GM Foods, and Help Others Do the Same

Most people want to avoid GM foods but it is virtually impossible to do so, since the government prevents GMO labeling.

However, Jeffery Smith has compiled an excellent resource for you to avoid the government block of information. It is the free Non-GMO Shopping Guide. Print it out, and share it with your friends and family, and post it to your social networks.

Alternatively, you can download a free iPhone application, available in the iTunes store. You can find it by searching for ShopNoGMO in the applications.

If you’re feeling really ambitious you can also order the Non-GMO Shopping Tips brochure in bulk, and bring them to the grocery stores in your area. Talk to the owner or manager and get permission to post them in their store.

Monsanto’s GM corn is genetically engineered to ward off rootworm by producing its own pesticide, a toxin called Bacillus thuringiensis (Bt toxin). 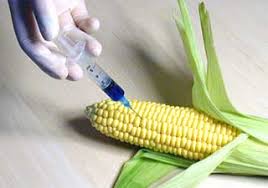 In a 2005 article, Jeffrey Smith describes the findings from animal studies, in which rats developed a number of significant reactions when fed Bt corn, including:

In Germany and the Philippines, GM corn has also been blamed for the deaths of buffaloes, cows, horses, and poultry.