content_copy The Mercury Menace in our Faces - Eco-Earth shop

The Mercury Menace in our Faces

◅ ▻
Home   Alternative Health   The Mercury Menace in our Faces 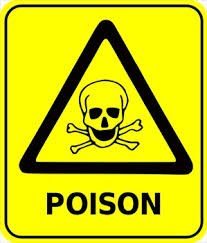 Levels of mercury currently regarded as safe for adults is already impairing brain function, yet doctors and health officials fail to diagnose mercury poisoning—acute or chronic. Mercury is reducing the mental performance of millions if not billions of people worldwide and medical experts are just not seeing it. At the beginning of the 21st century, the EPA’s top mercury scientist found that 630,000 American children—one in every six—are born each year with potentially unsafe levels of mercury in their blood.

EPA experts acknowledge that there are tools available today that can measure the toxic dangers in any locality, which can dramatically improve decisions on where people can safely live, work, go to school, or play. What no one has clearly communicated is that those safe places have become extinct, especially in the northern hemisphere, leaving us and our children with no safe haven from a chemical onslaught that will only continue to get worse.

It is now accurate—scientifically and medically—to state that we are poisoning every man, woman, and child on earth. We have reached a milestone in human history. Awaiting each and every child born on the planet is a life doomed to being poisoned. There is “overwhelming evidence that every child, no matter where in the world he or she is born, will be exposed, not only from birth, but from conception, to manmade chemicals that can undermine the child’s ability to reach his or her fullest potential—chemicals that interfere with the natural chemicals that tell tissues how to develop and construct healthy, whole individuals according to the genes they inherited from their mothers and fathers,” wrote Dr. Theo Colborn, Senior Program Scientist, at the World Wildlife Fund.

Doctors need to be advised that all efforts to derail the chemical buildup taking place in us have failed, and the direct effects of this chemical poisoning are resulting in more and more symptoms. But doctors will not be told about any of this by medical officials from either the government or private medical associations. The fact that toxic damages from the Gulf of Mexico oil disaster are being hidden, denied, and covered up, and the fact that the government is against natural chelation of mercury, adds up to a one-two punch against trusting much of anything from the official medical world when it comes to heavy metal contamination—or anything else for that matter.

It really does matter where one lives and what pediatrician and dentist parents choose. Parents need to be highly informed to protect their children today from abusive governments, doctors, and dentists who seem to purposely work against the health and wellbeing of their children. Parents must also be aware of powerful poisons that can rain down on their children if they live too near a coal-fired plant or any other point source of mercury pollution.

Complete article to be found here :