Big Pharma has been doggedly searching for drugs that target a group of nuclear receptor proteins in the human body known by the long title of peroxisome proliferator-activated receptors (PPARs, for short). The reason? PPARs regulate the expression of genes that are involved in fat and carbohydrate metabolism, among other functions — so the theory is that if drugs could control PPARs, the medications would treat diabetes, high cholesterol and even maybe obesity.

But it turns out there’s already a substance that could do all this. And it’s not a side effect-laden chemical.

It’s a compound in grapefruit 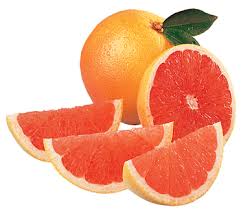 Bottom line: there’s extremely sweet breaking news about a compound hidden in the tangy flavor of grapefruits that may treat diabetes naturally and also bring some of the benefits of low carb dieting to the body, too — without dieting.

Scientists from the Hebrew University of Jerusalem and Massachusetts General Hospital (MGH), have discovered that naringenin, an antioxidant derived from the bitter flavor of grapefruits and other citrus fruits, triggers the liver to break down fat.

While the function of the pancreas is important to diabetics, the liver is the main organ responsible for the regulation of carbohydrates and blood levels of fat.

After a meal, the blood is flushed with sugars, which activate LXR-alpha, a PPAR associated with inflammation. This triggers the liver to create fatty acids for long-term storage. But during periods of fasting(and low carb dieting) the process is reversed:   fat cells release fatty acids and break them down to ketones. There’s an increased sensitivity to insulin, too. The new research,  just published in the online journal PLoS ONE, shows that naringenin activates two kinds of PPARs (dubbed PPAR-alpha and PPARy) and blocks LXR-alpha — resulting in fasting-type benefits to the body.

“It is a process which is similar to the Atkins diet, without many of the side effects,” Martin L. Yarmush, MD, PhD, director of the MGH Center for Engineering in Medicine and one of the paper’s authors, said in a media statement. “The liver behaves as if fasting, breaking down fatty acids instead of carbohydrates.”

“It is a fascinating find,” Yaakov Nahmias, PhD, the paper’s senior author said in the press statement. He pointed out that the results of the research were what the pharmaceutical industry has long been seeking through drug research.

“But their (drug) development was plagued by safety concerns. Remarkably, naringenin is a dietary supplement with a clear safety record. Evidence suggests it might actually protect the liver from damage,” Dr. Nahmias added. If the results of the new study hold up in human patients, the research team believes the grapefruit compound could become a treatment for high cholesterol, type-2 diabetes, and metabolic syndrome.