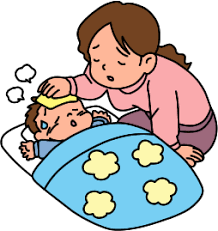 Fever – Perhaps the Most Overtreated Symptom of All

A great number of people have completely misunderstood fever, and believe that fever can be dangerous in and of itself – especially when the fever occurs in a child.

It’s important to realize that fever is your body’s backup defense mechanism when your primary ones – mainly your immune system — fail. Your first line of defense is your macrophages, which gobble up any invading microbes.

As long as your immune system is strong, you may not even realize you’ve been exposed to a troublesome bug.

If you are still under the impression that having a fever or 100 or 101 degrees Fahrenheit is an indication of a dangerous situation,relax! It’s not!

Many infectious agents do not survive in elevated temperatures so your body increases the temperature in an effort to eradicate the infection. It is a healthy response.

Unfortunately, most parents end up giving their child potentially toxic doses of fever-reducing medications such as acetaminophen or ibuprofen when, in reality, their child’s temperature is ideal for accomplishing healing. Worse yet, there are parents who administer aspirin at the first sign of fever, which actually poses a far greater health risk than any fever could, as aspirin may cause Reye’s Disease, which can be lethal.

Mixing aspirin and ibuprofen can also be deadly under certain circumstances.

The Many Benefits of Letting Fever Run its Course

In order to put your worries to rest, it’s important to understand the functions a fever serves, and why a rise in temperature is beneficial. Naturopathic physician Colleen Huber has done a marvelous job of explaining this in a previous article on my site, which I’ve summarized here.

First, the two functions of fever are:

If your macrophages – your first line of defense – are unable to manage the invasion of disease-causing microbes, they recruit other immune system cells and start making Interleukin One (IL-1). IL-1 is one of several endogenous pyrogens – they’re part of a system that signal your body to raise your temperature.

Your hypothalamus acts as your internal thermostat, and once the IL-1 along with other endogenous pyrogens and proteins reach your hypothalamus, it starts to readjust your temperature.

Your body’s heat-generating mechanisms include:

It would be far more helpful to think of a fever as a healing response rather than a symptom of disease. And, raising your body’s temperature to between 102 to 103 degrees F is actually the ideal range of a fever because this is the temperature range in which microbes will be killed.

In addition to directly killing the microbes through heat, fever has a number of other benefits, including:

The Best Way to Treat a Fever

Contrary to popular belief, the best course of action is usually little or no action when it comes to fever.

Rather than working against it; trying to lower your temperature, you should work with it and allow it to run its course. The only time you need to worry or seek medical attention is if it rises very high, very fast. This could be a sign of an infection too serious for your body to handle.

To support your fever, naturopathic physicians recommend either fasting or eating foods such as broths and water because fever slows down peristalsis. Once your fever has broken, you can start eating solid foods again.

Fever is also best supported with plenty of good-old-fashioned rest.

When is Medical Attention Warranted for a Fever?