A further viewpoint to explore :

I’ve put together a sort of checklist that you can leave for anybody who would not listen to your warnings. Perhaps you relatives and friends who you know will remain in the cities when the last weeks hit. It would do no harm to leave them this list. It has the sequence of events to occur, as well as instructions on what to do when the shift hits. Who knows? They just might hang on to it and use it. Mine is just an example, I made it as brief as possible. Laminating it would be a good idea. Once the “7” hits, give this to those you care about, who you know will not listen to you. This list can easily be modified to be more personal, so you can add the person’s name, ect. 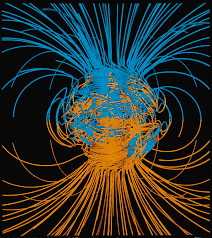 I’ve left you a checklist of the event that is about to unfold before us. You have not been told what is happening, and you must read this to understand. You must be prepared if you wish to survive. What you a re experiencing is called a Polar Shift. What you see in the sky is “Planet X”, the 10th planet of our solar system. I cannot elaborate here, all that matters is that it will wipe out most of what you have come to know. Here is a sequence of events that you can check off, and what to do in these events:

1. Once you can clearly see this planet in the sky, we will have roughly 7.3 weeks before the shift itself. In this time, get out of the city, and out to a rural area. Bring with you only that which you need, and those people who you greatly trust. Get as far away from lakes and rivers, head for high ground not facing the water/sea. If you are on the coast, move inland at least 100 miles and be at least 200 feet above sea level. The shift will cause massive tidal waves that will devastate all within this distance. Trust in your instincts in search for a safe location. Do this first.

1A: A few items that you could easily carry in a backpack could be: Woolen socks, a helmet, several cigarette lighters, good hiking boots, hydrogen peroxide, including a small first aid kit, a high quality hunting knife, a small pocket knife, hand tools, a flashlight, or even better: a magnetic shakeable flashlight, which require no batteries. These are just a few examples of what can be fit into a large travel backpack. Also, the means to distill water will be optimal! Bring with you a weapon. A staff, or some sort of blunt weapon would be best. A stick requires no ammo, and can still do a great beating if needed to protect oneself.

1B: Next, you must construct some sort of shelter, assuming you have done the first steps. The most reliable form will be a dome. Your shelter must have a hard roof, the best being a large sheet of thick metal. Assuming you would need to create a shelter in a brief period of time, dig out a large hole within the ground. Not too big, perhaps 24 feet long, and a few feet deep at most If possible. Allow for exits in both ends. Pad the walls with mattresses and other such material. Perhaps fir branches and other foliage. There are countless methods of protection by shelter. Depending on what you can get at the time, use your common sense, though this is the best method.

1C: A tip to distilling water in a tight situation: Find a birch tree, or a tree with bark that can easily be stripped. Cut off a rectangle shape of bark with your knife. Take the bark and fold it into a cone shape. First, fill the bottom with small pebbles. Next, fill the next layer with an inch of sand or dirt. The next layer should be charcoal, and the op layer being moss. This is a natural way of cleaning out water, though it is not guaranteed to get all contaminants out. The best method would be to boil the water. After the shift, there will be volcanic gloom. This will corrupt most streams and lakes. Do not drink this water straight, always purify it!

2. Next I will explain to you in a nutshell the sequence of events that will occur and what to do within these stages. the 7 weeks leading up to the shift will include much devastation. Expect an eventual collapse of government, but do not expect the government to inform anybody of this event. People will begin to panic, and there will be road blocks, particularly on state borders, so do not expect to escape via roadway. Here is what the shift itself will look like:

2.A: As the planet draws closer, it’s tail will curve toward the earth, covering everything in a fine, red dust. This is an indication that the shift is perhaps only a couple hours away at most. Along with this dust you can expect debris to fall as well. This will range from small pebbles to occasional boulders that could essentially crush you flat. It would be best to position yourself under your metal shelter, or even up against a cliff. The pebbles will come in lashing, and are capable of killing any living thing in their path. The earth at this time will begin to “groan” out of stress caused by the conflicting PX. This will be almost continuous.

2B: Next will come the eventual rotation stoppage and this will last about 3 days. When this happens, depending where you are, you will find one of four occurrences: 3 days of sunrise, daytime, dusk, or nighttime. As this rotation slows, our clocks will become unreliable. For example, one would wake one morning only to find a night sky, when the clock clearly reads the regular morning time of which they would have normally woken up. Compasses and wrist watches will also become increasingly pokey.

As the shift approaches, one of the final signs will be the “turn” of the earth. You will not have long to get to your shelter when this happens. Rehears what you and your group will do when this happens. Have somebody on watch at all times, and look to the skies. Once you see the stars on the move during the turn, grab everybody with you and hunker down.

2C: The actual shift itself will include many such elements. As the earth stops, there will be violent winds. In certain areas there will be tornadoes. The most prominent will be the earthquakes, which will measure at least a 9 on the Richter scale. The earthquakes will essentially level all cities, and of course railways, landing strips, and highways and bridges will be unusable. Don’t figure on any power or water systems to be functional, and the telephones will surely be permanently dead. Practically speaking, one should shield any mechanical or electrical devices one hopes to use after the cataclysms with extensive padding such as rubber mats. Wrap everything as though it were going to be dropped from a height of 500 feet. Test this, and see if your device survives. If not, then sturdier devices may be required. Independent power sources, such as windmills, need to be secured. Batteries may be handy, but won’t last long and will not be replaceable. Your mechanical and electrical structures will suffer damage from violent earthquakes more than your flesh and bones. You may bruise and break, but you heal. Your electrical device will stay broken. When the earthquakes are expected, lie flat. In this way you will skid and slide a few feet. Standing, or positioned at a height, you will be dashed. And by all means, do not be under a structure that will fall upon and crush you. Fault lines are most at risk of severe quake damage.

2D: Occasionally, the debris coming into our atmosphere will chemically light on fire, creating “sheets” or fire. Be sure to be in your shallow trench, under a metal roof, as well as sealing your shelter shut. As this happens, the fire will essentially suck the area of all oxygen. This of course would be a rare event, but do not fail to include it in your plans.

A good way of determining if the shift has finished, keep you eye on the skies, once the stars have stopped, it will be safe to come out.

Lastly, once the shift is over, all roadways and structures will be destroyed. There will be much travel on foot.