Nine of nature’s most powerful traditional 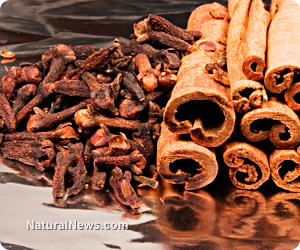 (NaturalNews) Herbal medicine has been around for centuries, and it just so happens to have a much more comprehensive track record of success than conventional medicine, which more often than not comes with nasty side effects. And while it may not serve the interests of the pharmaceutical cartel, modern science continues to uncover the vast health benefits associated with natural herbs and plants, many of which are freely available at grocery and health food stores, as well as farmers markets and local farm stands, depending on where you live.

Here are nine of nature’s most powerful multi-use remedies that have played a prominent role in traditional medicine:

1) Aloe vera. At the top of the herbal healing hierarchy is aloe vera, an impressive and highly-versatile plant that provides a vast array of healing benefits both internally and externally. Besides aiding in the healing of sunburns and skin inflammation, aloe vera is widely acclaimed for its unique ability to cleanse and oxygenate the blood, lower cholesterol, alkalize the body, heal intestinal and digestive disorders, and even reverse the growth and spread of cancer, among other benefits. (http://www.naturalnews.com/021858_aloe_vera_gel.html)

2) Garlic. A powerful immune-booster, garlic contains more than 70 active healing phytonutrients, including allicin, earning it a top spot on the hierarchy as well. Similarly effective both internally and externally, garlic contains potent antibacterial, antiviral, and anti-fungal properties that make it a go-to remedy for preventing illness and infection. Garlic is also recognized for its ability to lower blood pressure and treat cancer.
(http://www.naturalnews.com/035462_garlic_immune_boosting_herbs.html)

3) Turmeric. Sometimes referred to as the king of all herbs, turmeric is an amazing anti-inflammatory spice with a laundry list of health benefits that is continually expanding. A powerful pain-relieving spice, turmeric actually works better and much more safely than COX-2 inhibitor drugs at treating arthritis and other conditions resulting from chronic inflammation. Turmeric has also been shown to help prevent cancer, as well as treat and prevent the formation of Alzheimer’s disease and other forms of dementia. (http://www.naturalnews.com/turmeric.html)

4) Marijuana (cannabis). Non-psychoactive, raw marijuana leaf just so happens to be one of the most medicinal plants in the entire world. Unique due to its rich and diverse composition of cannabinoid compounds, marijuana has the capacity to not only prevent but also reverse all sorts of health conditions ranging from neurological disease and chronic pain to autoimmune disorders and cancer. The time is quickly approaching when the negative stigma associated with marijuana use finally dissipates and humanity awakens to the amazing healing capacities of this all-natural herb. (http://www.naturalnews.com/035759_cannabis_juicing_health.html)

5) Comfrey. For good reason was it once dubbed the “miracle herb,” that is before the U.S. Food and Drug Administration (FDA) erroneously banned it from being sold for internal use. But comfrey truly is a wonder herb capable of promoting cell healing and regeneration, encouraging bone growth, and curing digestive disorders. Rich in a cell-proliferant compound known as allantoin, comfrey is an all-around healer that can be applied to wounds, drunk in tea, or taken as a dietary supplement for vibrant health. (http://herbsarespecial.com.au/free-herb-information/comfrey.html)

6) Echinacea. A popular herbal remedy for colds and influenza, echinacea is widely recognized for its ability to stimulate the immune system. The herb’s high concentrations of polysaccharides, flavonoids, essential oils, caffeic acid derivatives, isobutylamides, and cichoric acid are all believed to play a role in echinacea’s ability to boost white blood cell production and activate macrophages, which are responsible for tracking down viruses, bacteria, and other foreign invaders and destroying them. (http://www.motherearthliving.com)

8) Rosemary. A delicious food herb, rosemary possesses unique medicinal and antioxidant benefits such as its ability to mitigate the carcinogenic properties of certain cooked foods. Rosemary has also been shown to help stop the proliferation of cancer tumors, as well as boost memory and promote healthy hair and skin. If your adrenal gland is overworked, rosemary can help stimulate its proper function, and studies have shown that rosemary can also help stimulate nerve growth. (http://www.naturalnews.com/029359_rosemary_stress.html)

9) Ginger. If you have ever been sea sick or suffered from nausea or stomach upset, ginger may have been recommended to you as a remedy. And science shows that it actually works by blocking the nausea-inducing effects of serotonin production, as well as preventing the production of damaging free radicals. Ginger can also help lower blood pressure, mitigate arthritis pain, promote prostate health, and even reduce the risk of cancer.
(http://www.naturalnews.com/037119_ginger_spice_immunity.html)