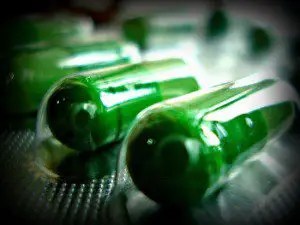 Contributing Writer for Wake Up World

Could eating yogurt be a replacement for antidepressants? A group of scientists believe so. Groundbreaking research has shown that a common strain of probiotic can create GABA within the gut while also enhancing brain receptors for this neurotransmitter. Naturally produced GABA is a safe alternative to dangerous psychiatric drugs — it calms the nervous system, promotes tranquil sleep, minimizes anxiety and alleviates depression. This is good news for over 50 million people around the world who use antidepressants.

Perils of a Prozac nation

With a 400 percent increase of antidepressant use from 1994-2008, it looks as though the United States certainly is a Prozac Nation. An astounding one in five women between the ages of 40-59 use Prozac while nearly four percent of adolescents are on antidepressants. Second only to cholesterol drugs, prescriptions for antidepressants rose to an incredible 255 million in 2010 alone. World-wide, the sale of antidepressants totals over 20 billion dollars a year. This industry does not come without serious health risks. Side-effects of antidepressant drugs include:

As if the above were not disheartening enough, antidepressants have been linked with increased suicide rates. There has to be a better way to foster emotional harmony.

The sunny side of probiotics

A common bacteria may hold the answer as a safe, natural and economical solution for depression along with its siblings — anxiety and insomnia. Canadian neuroscientist Jane Foster found that the microflora of the gut have a significant connection with the central nervous system. “The cross talk between the gut biome and the brain is continual. That’s the important take-home message. These are not two separate systems; they are two parts of a single system,” says Foster in the Psychology Today article “Your Back-up Brain.”

John Cryan of the Alimentary Pharmabiotic Centre at University College Cork in Ireland has taken this idea further by studying how lactobacillus bacteria in the gut specifically influence the brain. Cryan discovered that lactobacillus actually alters the brain-cell receptors for GABA in a positive manner, thereby reducing anxious behavior. The bacteria not only create more GABA receptors, but also produce the neurotransmitter itself which then circulates in the blood. All of this has a profound impact on emotional balance and the nervous system. As observed by Emily Deans, MD, “GABA is a nice glass of wine in front of the fire. GABA is restful sleep. GABA is tranquility and yoga.”

It’s easy to cultivate a healthy dose of this calming neurotransmitter by traveling no further than the refrigerator. Simply enjoy foods like yogurt, kefir, miso, tempeh, kimchi or sauerkraut. After all, everyone could use a little GABA boost now and then.

“Antidepressants: Get tips to cope with side effects” Mayo Clinic staff.mayoclinic.com/health/antidepressants