(NaturalNews) There is definitely no shortage of scientific evidence these days to show that curcumin, the believed-to-be primary active ingredient in the spice turmeric, holds incredible therapeutic value, and just might be the most advisable medicinal spice of our day. And a prominent medical oncologist from Johns Hopkins Universityseems to agree, having recently held a large seminar highlighting the incredible ability of curcumin to fight diabetes, inflammation, and even cancer without causing any harmful side effects.

Dr. Saraswati Sukumar’s passion for turmeric is partially rooted in the fact that the spice has long been a staple in traditional Indian cuisine, which is a significant part of her own rich heritage. But Dr. Sukumar has also been studying the unique compositional profile of turmeric, and specifically curcumin, for many years now, which has led her to some fascinating discoveries about its vast potential for use in medicine. Besides quelling inflammatory pain and promoting wound healing, turmeric is a seemingly miraculous anti-cancer nutrient of the highest order.

“We have close to 300 publications (that cite turmeric) for its anti-cancer effects,” Dr. Sukumar is quoted as saying to the Palm Beach Post recently. “Many diseases, such as colon cancer and other types of cancer, are being traced to inflammation.”

Curcumin, arguably the most potent anti-cancer nutrient in existence

The inflammation link to cancer is backed by numerous scientific studies, including a 2011 review published in the journal Proceedings of the National Academy of Scienceswhich found that up to 25 percent of all cancers are caused by chronic inflammation. According to scientists from Ohio State University‘s (OSU) Comprehensive Cancer Center, inflammation triggers an increase in a molecule known as microRNA-155 (miR-155) that causes a reduction in levels of the protein responsible for repairing damaged DNA.

And what about the other 75 percent of cancers? Curcumin appears to have those covered as well. Research released that same year by scientists from the University of Texas MD Anderson Cancer Center revealed that curcumin actually seeks out malignant cancer cells and alters the regulation of DNA in order to kill them. And unlike synthetic anti-cancer drugs, curcumin leaves healthy cells and DNA alone so as not to cause harmful side effects.

“Curcumin (diferuloylmethane) … is one of the most powerful and promising chemopreventive and anticancer agents, and epidemiological evidence demonstrates that people who incorporate high doses of this spice in their diets have a lower incidence of cancer,” explains board-certified clinical nutritionist Byron J. Richards about the power of curcumin to fight cancer.

Curcumin is an all-around healing agent that promotes vibrant health

Curcumin’s health benefits do not stop here, though. The same study that identified curcumin’s gene-regulating abilities in fighting cancer also highlights the nutrient’s ability to regulate a whole host of bodily systems. Based on the available evidence, in others words, there are few conditions that curcumin is unable to effectively mitigate when taken in therapeutic doses, which means adding it to your diet is one of the easiest and most effective ways to promote vibrant health. 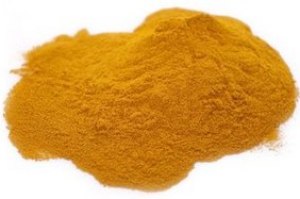