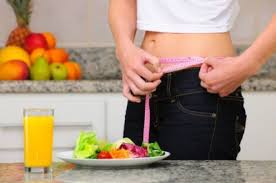 (NaturalNews) High-protein diets place people at risk of kidney damage, according to a study conducted by researchers from the University of Granada, Spain, and published in the journal Nutricion Hospitalaria.

Diets that emphasize the consumption of protein over carbohydrates, such as the Dukan, Paleo or Atkins diets, have been consistently popular for decades. In recent years, media reports of the Dukan diet helping the Duchess of Cambridge slim down into her wedding dress and helping Jennifer Lopez regain her pre-pregnancy figure have led to a surge in its popularity. Approximately 2 million people are believed to be on the diet in France, the homeland of diet founder Pierre Dukan.

But high-protein diets have always been controversial, with health professionals warning that they can easily lead to excessive protein intake, which can lead to kidney damage.

In the new study, researchers fed rats either a standard diet or a diet consisting of enough added hydrolyzed protein supplement to bring the total protein content to 45 percent. After 12 weeks (the equivalent of nine years in human lifespan), the rats on the protein had lost 10 percent of their body weight relative to the controls. Notably, however, there was no change found in the rats’ lipid profile – suggesting no reduction in their risk of heart disease.

More troublingly, the rats on the high-protein diet experienced an 88 percent decrease in levels of urinary citrate and a 15 percent increase in the acidity of their urine. Their kidney weight increased by 22 percent; the size of capillaries that filter blood to the kidneys increased by 13 percent, and the size of the collagen around those capillaries increased by 32 percent. These last three factors are signs of chronic inflammation.

This suggests that high-protein diets in humans “could bring long-term renal complications in some individuals most prone to or at increased risk of renal disease.”

The study is only the latest to cast doubts on the safety of high-protein diets, largely due to concerns about kidney damage. In 2010, 2011 and 2012, the British Dietary Association ranked the Dukan diet as the top diet to avoid. Indeed, Dukan has even been banned from practicing medicine in his native France.

Dukan himself has warned of side effects from high-protein diets, including vitamin and mineral deficiencies, bad breath, constipation and lack of energy. Furthermore, a 2012 study found that 80 percent of people who followed the Dukan diet regained all of the weight they had lost within three years. Weight fluctuation of this type is known to increase the risk of high blood pressure, diabetes and heart disease.

Another major problem with high-protein diets, Aparicio warned, is that they can cause people to prioritize eating meat and eggs over fruits and vegetables. This places further strain on the kidneys and also increases the risk of chronic diseases including cardiovascular disease and cancer.

People who do choose to try out a high-protein diet should do so only under medical supervision, Aparicio said. They should also make an effort to eat plenty of fruits and vegetables. 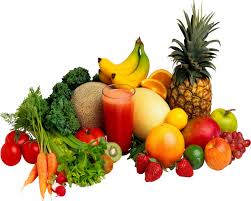 “Eating large amounts of fruit and vegetables reduces the risk of kidney stones forming – probably due to their high potassium and magnesium content, which compensates for the acidity of the high-protein diet,” Aparicio said.