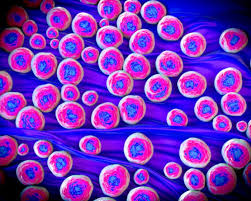 resistant to many of the antibiotics used to treat ordinary staph infections.

Most MRSA infections occur in people who’ve been in hospitals or other health care settings, such as nursing homes and dialysis centers.

When it occurs in these settings, it’s known as health care-associated MRSA (HA-MRSA). HA-MRSA infections typically

are associated with invasive procedures or devices, such as surgeries, intravenous tubing or artificial joints.

Another type of MRSA infection has occurred in the wider community — among healthy people.

Knowing that hospital-acquired MRSA infections kill between 15,000 and 19,000 patients a year, wouldn’t you feel safer going into a hospital that uses wall and ceiling panels coated with MRSA-killing antimicrobial silver nanoparticles?

I know I would. After all, it’s well-known that the deadly MRSA pathogen colonizes hospital walls, ceilings and other surfaces, and can easily infect patients with open wounds.

In fact, I’ve argued for years now that hospitals need to start employing antimicrobial silver far more liberally than they have been. Perhaps now, with this new innovation from Germany, they’ll finally begin to do so. Here’s the story…

According to the June 2015 issue of Silver News, a German company called Lamilux has invented wall panels coated with silver nanoparticles.

The fiber-reinforced plastic wall panels can easily be installed on the walls of hospital operating rooms, similar to the way tiles are laid on a floor.

The goal is to help prevent MRSA growth and other forms of bacterial contamination, which are common in operating rooms and which infect up to 94,000 hospital patients every year. News sources claim approximately 20% of the MRSA infections that go blood-borne result in the deaths of the patients, meaning these new panels have the potential to help stop approximately 18,000 hospital-caused deaths every year.

According to the Silver News, the new panels (i.e., wall tiles) are now undergoing clinical trials in Germany to see how effective they are. They wrote:

“Lamilux Composites GmbH of Rehau, Germany, is offering a fiber-reinforced plastic material with a nanosilver coating that company officials say mitigates germs within a few hours.

Initially developed as a wall coating for hospital operating rooms, the company’s AntiBac product was developed with Rent-a-Scientist, a Regensburg-based company that specializes in nanosilver research.

With the rise of multi-resistant germs in hospitals, sometimes lethal to patients, Lamilux officials note that one in particular — methycillin-resistant Staphylococcus aureus or MRSA — appears regularly in operating rooms and can cause wound infections and respiratory inflammation that can lead to death. MRSA is resistant to many drugs. 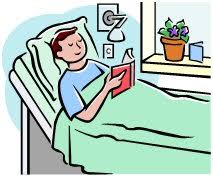 In addition to clinical use, AntiBac can be used in the food industry in refrigerated warehouses, cold stores and refrigerated vehicles as well as in processing areas and slaughter houses, according to company officials.

The new composite is being tested at the Asklepios Clinic in Bad Abbach, Germany, where some parts of operating room walls have been covered with the anti-bacterial panels.”

The Lamilux company website claims the silver-coated panels represent, “…a new technologically-advanced composite material: a fibre-reinforced plastic, on the surface of which a nanosilver coating gives it an antibacterial effect and kills germs within just a few hours.” 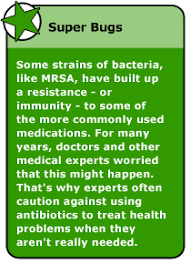 Lamilux goes on to explain the reason for the development of the new silver-coated panels:

“Multi-resistant germs pose a major threat in hospitals and could be fatal for patients.

…The new antibacterial LAMILUX material can in the future be used as wall and ceiling panels…it has been scientifically proven that dangerous germs die within a few hours.

In addition to clinical use, there are also numerous areas of application for the high-tech material, mainly in the food industry, where high hygiene standards need to be maintained and sterility is paramount.

…The material is being trialed in practice at the Asklepios Clinic in Bad Abbach, Germany. In some parts of the operating room, the walls have been covered with the anti-infective panels.”

Of course, this is not the first time antimicrobial silver has been employed to help staunch the epidemic of hospital-acquired MRSA infections.

According to the Colloidal Silver Cures MRSA website, “…hospitals in Britain have been testing pajamas and bed linen made of a special fabric that is impregnated with silver, as a means of stopping the spread of MRSA dead in its tracks…Over the course of the next year, the specially created fabrics are being used at the Lister Hospital in the city of Stevenage, in Hertfordshire, England.”

Says Dr. Peter Wilson, a consulting microbiologist for the above hospital, “A successful trial would transform the way we tackle certain infections, particularly MRSA…Silver is known to be a very efficient agent against infection and also very safe. These trials will mean we can prove its effectiveness.”

The Colloidal Silver Cures MRSA website also points out that according to the British newspaper, The Sun, “…a $250,000 machine has been developed to spray a special aerosol silver mist throughout British hospitals, in order to stop the spread of the deadly MRSA super pathogens.”

The Sun newspaper went on to state:

“Experts have long known silver is deadly to the superbug and is highly toxic to some other bacteria as well.

It is already used in plasters and hospital dressings. But now medics from Leicester University have created a generator that divides pieces of silver into billions of tiny particles.

It then suspends them in liquid glycerol to be put into aerosols. The particles are small enough to pass inside bacteria but do not kill human cells.

The $250,000 machine’s inventor, Professor Chris Binns, said medical trials will start within the year. He also believes the silver ‘bullets’ produced by his machine could be used to fight HIV.”

You might also want to read through some of the following articles on related topics:

· Laminate Wood Flooring Treated With Colloidal Silver Destroys Up to 98.9% of Bacteria, and Even Keeps Cockroaches at Bay 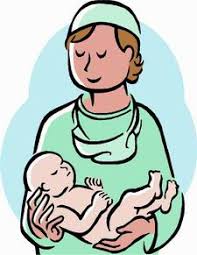 · Colloidal Silver and Hospital-Acquired Infections: What You Can Do to Protect Yourself!

· Finally, to learn how thousands of experienced colloidal silver users are healing their own infections with colloidal silver, see the Colloidal Silver Testimonials page.

Those three web pages contain more good information on the healing and infection-fighting qualities of colloidal silver than you’ll find anywhere else on the internet. But if you want more, be sure to check out the Colloidal Silver Videos page, as well, for nearly two dozen “how to” videos on making and using colloidal silver.